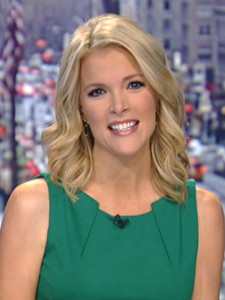 When Little Debbie trotted out her predictable talking points against the GOP last night, she clearly didn’t expect what Fox News host Megyn Kelly would throw right back at her. It was perfect.

Via The Daily Caller:

During Fox News’ primary election coverage on Tuesday, Wasserman Schultz suggested that candidates in the Republican Party are “talking about small hands and their manhood.” Adding, “I mean really, we need to make sure that the Republicans at their next debate put a parental advisory warning on the screen before it starts because they certainly aren’t talking about the issues that are important to the American people and they’re being pretty vulgar in the process.”

Kelly responded, “You know what the response to that is on the other side which is, ‘Yes, it’s gotten a little vulgar on the GOP side but no one’s facing the threat of indictment.’”

Wasserman Schultz then claimed, “There’s no-one that’s facing the threat of indictment on our side either Megyn.”

“How is that melodramatic? Those are the facts,” Kelly insisted.

Kelly shot back, “There was no prediction. There was a statement that someone, that there is no one in the GOP side who’s under threat of indictment. That’s what the Republicans say on this.”

You must see this:

Yes, everyone on both sides of the aisle have been — rightfully — voicing dismay and disgust over the third-grade antics on display by many of the GOP presidential candidates. But let’s not let anyone forget the Democrats have zero moral high ground here, with their leading candidate under criminal investigation.

In Case You Missed It:  Putting the COVID-19 Surge in Florida in Context
Posted in Freedoms and tagged Fox News.

REPORT: Ben Carson to Endorse the Man who Compared Him to a Child Molestor