U.S. retail sales dropped in February and the prior month’s gain was revised to a decline, calling into question the narrative that bigger gains in consumer spending would propel economic growth at the start of 2016.

The decrease in purchases, which included auto dealers, department stores and furniture outlets, showed Americans were salting away money saved at the gas pump amid volatile financial markets. The disappointing reading on the biggest part of the economy comes as Federal Reserve officials meet to gauge whether growth is strong enough to eventually warrant another increase in interest rates.

The median forecast in a Bloomberg survey called for a 0.2 percent drop in February, with estimates ranging from a decline of 0.7 percent to a 0.4 percent gain. January’s reading was initially reported as a 0.2 percent increase. 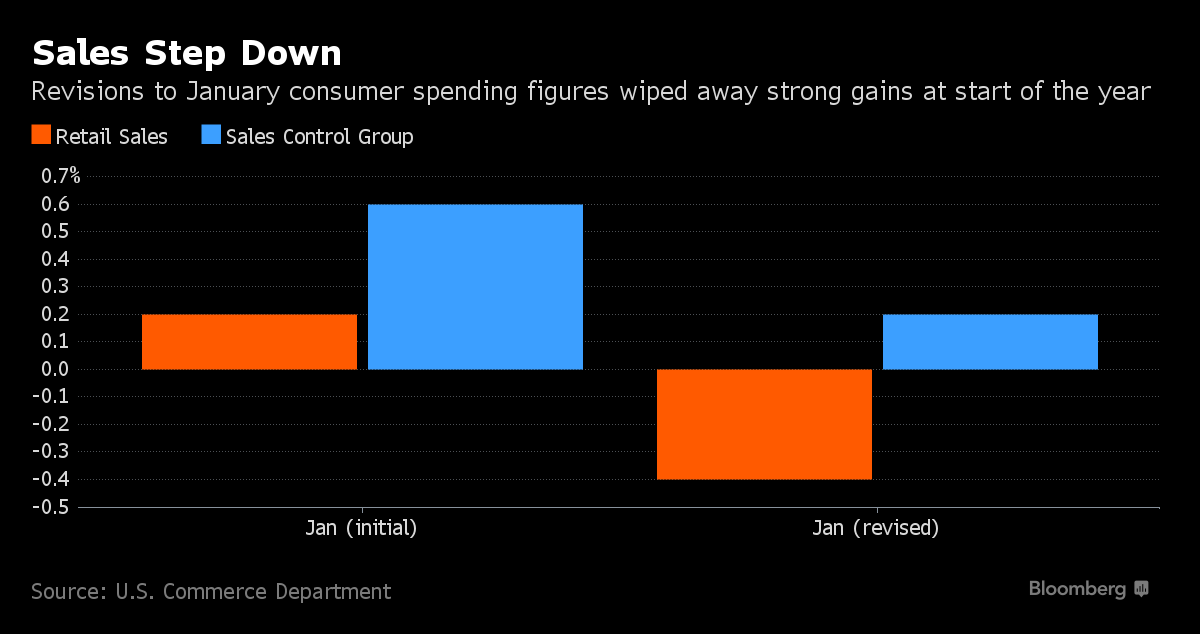 Core sales, the figures that are used to calculate gross domestic product and which exclude such categories as autos, gasoline stations and building materials, were unchanged last month after a revised 0.2 percent increase in January. The prior month had previously been recorded as a 0.6 percent gain. 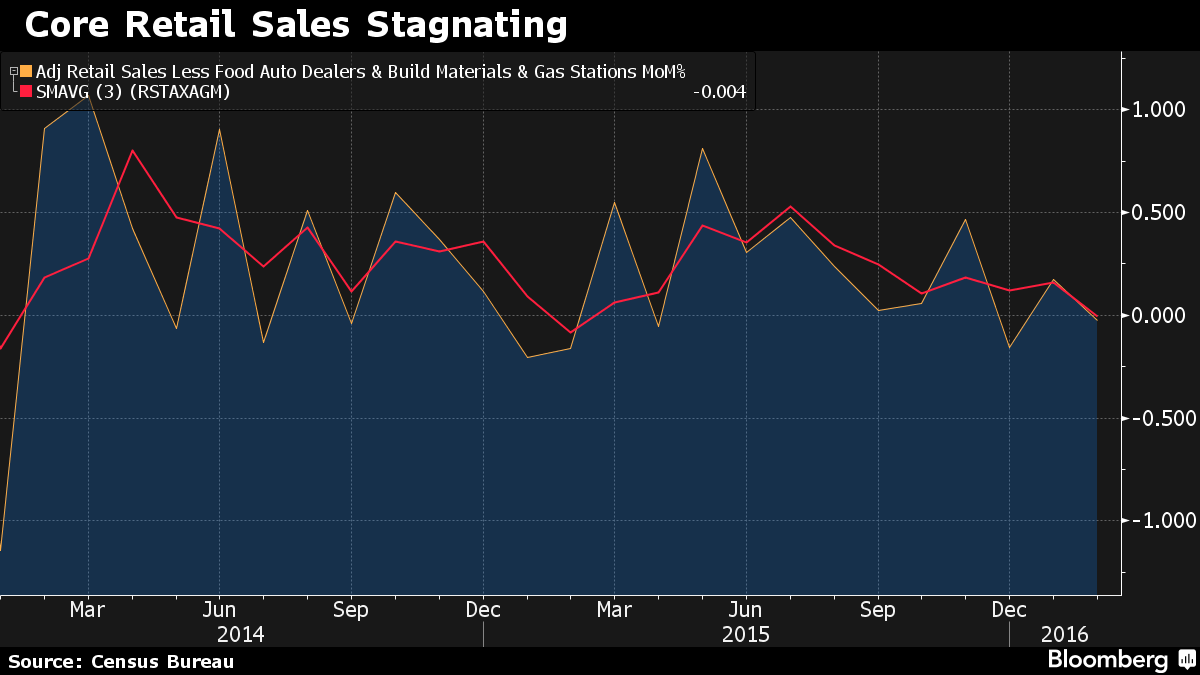 The auto figures are in line with industry data, which eased a bit in February. Cars and light trucks sold at a 17.4 million annualized rate last month, based on Ward’s Automotive Group data.

Retail sales excluding autos fell 0.1 percent after a 0.4 percent decrease in January, according to Tuesday’s report.

Households are finding support from still-cheap fuel costs and a strengthening labor market. The average cost of a gallon of regular gasoline was $1.94 on March 13, according to AAA, the biggest U.S. motoring group. While prices at the pump have been rising for the past month, the latest figure compares with an average $2.40 in 2015.

Payrolls climbed by a more-than-forecast 242,000 in February, while the unemployment rate held at an eight-year low of 4.9 percent.

White People Should Kill Themselves to Atone for White Privilege

A YouTube video shows two black student activists from the University of West Georgia asserting that white people should kill...