nominee to win.  The Trump supporters will revolt and never vote for anyone other than Trump, a dire mistake.  Cruz supporter will never cross over and vote for Trump, leaving a clear path for a Hillary Clinton win.

It will take the stubborn people on both sides to unite and support the nominee, at this point only Cruz or Trump has a chance. But will supporters cross the line? So far both sides say no, leaving Hillary a clear path to the Whitehouse.

What’s at risk, and why Conservatives must unite behind one or the other to keep Hillary as far away from Pennsylvania Avenue as we can.

If you can’t hear the shrillness and the insincerity in this Hillary’s screeching voice, I don’t know what to tell you. I just want to ask you one question: Do you really want the dentist-scraping-the-nerves-on-your-teeth experience of listening to that liar Hillary  for the next four years?

Republican on both sides un-united are suddenly willing to let that horror show Hillary walk into the Oval Office, that’s what you’re getting ready to subject the rest of us to.

What Hillary does is out-and-out break the law, whether that means putting national security secrets at risk or wiping her e-mail server of content that should have been archived and preserved. And that’s just the start. Let’s not forget Whitewater. Let’s not forget Cattlegate. Let’s now forget the Rose Law Firm billing records. She may yet be indicted for the e-mail thing, but even if she skates everyone knows it will be because Loretta Lynch caved to politics over evidence.

Are conservatives really ready for mass uncontrolled immigration, illegals given Amnesty  and voting rights, where a conservative will never win in office for at least a century?

Is America really prepared to look like North Korea? For the USA to reduce our cola power plants the way Hillary demands, the lights would have to go out…all lights…street lights, home lights, electricity at your work, electricity at hospitals, train systems, etc. That means lights out for jobs and huge job losses.

A Hillary win allow the continued abuse of the work Visa system as immigrants are imported to replace American workers right here in the USA all in the name of corporate profits and special interests.

I guess Trump and Cruz supporters would rather be standing in the unemployment lines than crossing over and doing anything to keep Hillary out of the Oval office. They will keep their pride, but probably 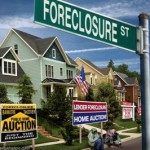 lose their homes and have their cars repossessed in the process.

Hillary will fast forward class warfare waged against the rich and against the middle class and the poor. We will see continued racial divisions and the media and establishment looking away as they have more  violence and looting supported against US citizens and the police.

We will be allowing more of Hillary’s corruption, some that let to the slaughter of four faithful American diplomats in Benghazi, and because of her role in covering up the crimes which led to the reelection of Barack Obama.

We will be allowing the big banks and moneyed Wall Street barons to continue to make her rich, the banks have made her “obscenely rich” and a card-carrying member of those whose wealth and power place them among the evil 1 percent she claims to be so much against.

We will be giving her Card Blanch  to her pursuit of profit through the Clinton Foundation that causes her to court and favor foreign leaders and sell out American citizens, we will take that over crossing the line?

Hillary’s emails also included the names of foreigners who are on the CIA payroll, according to Intelligence Community officials.  Since it can be safely assumed that several foreign intelligence agencies intercepted Ms. Clinton’s unencrypted communications, directly threatens the lives of the exposed individuals, I guess Conservatives are fine to look past that and give her a  green light to the Whitehouse and risk national security because they do not like the other Republican candidate?

We will allow more anti-Israel rhetoric, foreign meddling in Israeli affairs, what about Hillary Clinton
secretly discussing and secretly backing Palestinian riots, as well as the continued funding of Iran and allowing them to gain nuclear power that will lead to the eventual destruction of Israel and perhaps the United States as well?  That is a chance your’re willing to take?

I guess Conservatives are okay with this, because that’s what a Clinton presidency will lead us too, all because conservatives are too divided and willing to let Hillary in the Whitehouse than to support the Republican nominee, no matter who they are they are better than Hillary can ever be.

Hillary Clinton is one of the most dispicable characters to appear on the American political scene in the history of this nation. Yet it’s perfectly fine for Democrats to vote for her, but Republicans must abandon their own party on account having no flexibility in supporting Cruz or Trump for any reason? Neither Cruz or Trump can win this election under such divisions, it time we eventual unite once this nomination circus comes to a close.

The Democratic party is salivating over the divisions within the Republican party, we are guaranteeing they win the election in November and they are loving it, the liberal media is feeding into it, sadly most Conservatives have bought the bait.

If you’re ready to abandon that task and let this horrible woman become president, then you’re not a true conservative.

The Yazidi deserve a safe haven where they can be safe from Islamic murderers, so do the Jews

“The Jewish Homeland is surrounded by 22 Muslim Tyrannies. Why do they need a 23rd one? . Hamas' missiles from...