GOP delegates at the convention, not primary voters or caucusgoers, choose the presidential nominee, another member of the Republican National Committee told CNBC, after a similar proclamation last week by an unbound delegate from North Dakota touched off a firestorm. 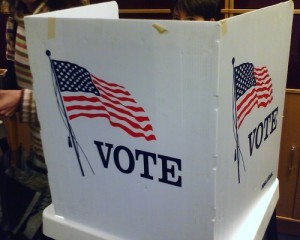 “People are under the misconception that it’s the results of the caucus and the results of the primary that determines who becomes the nominee. In actuality, it’s the delegates at the national convention that are supposed to pick the nominee,” Diana Orrock, a delegate from Nevada and Donald Trump supporter, told “Squawk Box” on Monday.

Orrock’s comments nearly mirror last Wednesday’s remarks on the program from North Dakotan Curly Haugland, an RNC rules committee member. He went further, questioning whether primaries and caucuses should be held at all. He also talked about his proposed rule change to allow any candidate who earns at least one delegate to submit his or her name to be nominated at this summer’s convention.

“Going into this convention they’re going to try to do a lot of manipulation to try to keep Trump from becoming the nominee,” Orrock said Monday. “A lot of political operatives in the Republican Party are trying to take Trump out at all costs.”

As an example of what she called “manipulation,” Orrock referred to the controversy at the Republican convention in 2012, in which backers of nominee Mitt Romney raised the bar for how candidates could qualify on the convention ballot, in order to avoid any symbolic floor votes for Ron Paul.

In Case You Missed It:  Amy Coney Barrett, in Her Own Words

While Romney’s nomination four years ago was never in doubt, this year, it could go down to the wire. A brokered convention, in which it takes more than one round of delegate voting to choose the nominee, appears likely, said Orrock. “That’s just realistic.”

For Trump to lay claim to the 2016 nomination coming into the convention, he needs to win 1,237 delegates. He’s more than halfway there ahead of Tuesday’s winner-take-all Arizona primary. Utah also holds caucuses. But with Texas Sen. Ted Cruz and Ohio Gov. John Kasich still in the race, they might be able to win enough delegates to deny Trump the magic number.

“There’s been attempts from all sides to take Donald Trump out of the mix. And it hasn’t been very successful. The more they attack him the stronger he gets. And he’s resonating with America and the voters,” Orrock said.

Watch this powerful address by Ted Cruz where he reaffirms America's unshakable bond with the nation of Israel.