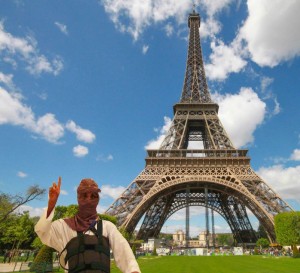 A chilling internal French police report has revealed that as many as 90 Muslim suicide bombers are roaming the EU. The report also states how Muslim terrorists are mastering encryption and bomb making techniques to help them achieve their aims.

The 55-page testimony, which was produced exclusively for the French Interior Ministry and was seen by the New York Times, shows the scale of planning that went into the November 13 Paris terror attacks, including precise encryption, top level document forgers and even sending bomb makers from Syria to Europe under the guise as “refugees or migrants”.

The documents included interviews with both officials and witnesses and showed how Islamic State (IS, formerly ISIS/ISIL) has evolved into being able to carry out terror attacks on such a grand scale and using the refugee crisis as a way to send in jihadist into Europe.

The report shows that the bombs used by the terrorists were simple to make, but very effective. They found traces of the same explosives used at each of the sites in Paris which were attacked by suicide bombers.

The bomb maker who made the explosives had used triacetone triperoxide, or TATP, which can be made from everyday products such as bleach or nail polish remover – items which could be purchased without raising suspicion. However, the person putting the explosives together certainly knew what he or she was doing.

“Their ingredients, when combined, are highly unstable and can explode easily if mishandled,” said Peter Bergen, the director of the National Securities Studies Program at the New America Foundation, according to the New York Times.

“To make an effective TATP bomb requires real training, which suggests a relatively skilled bomb-maker was involved in the Paris plot, since the terrorists detonated several bombs. It also suggests that there was some kind of bomb factory that, as yet, appears to be undiscovered, because putting together such bombs requires some kind of dedicated space,” he added.

The report also states that a lack of border controls allowed the terrorists to move freely around Europe without arousing suspicion, while the inability of international governments to share intelligence also made it easier for the jihadists to avoid detection.

We don’t share information,” former head of French intelligence Alain Chouet told the New York Times. “We even didn’t agree on the translations of people’s names that are in Arabic or Cyrillic, so if someone comes into Europe through Estonia or Denmark, maybe that’s not how we register them in France or Spain.”

The documents released by French police also showed that the attackers did their utmost to keep themselves digitally hidden from the authorities. Police found numerous unused cell phones still in their packaging. There were also discarded phones which showed a number of calls had been made between Paris and Belgium – suggesting that the attackers had support from further afield.

It was also revealed following interviews with hostages at the Bataclan theater that the terrorists had also seized cell phones from those being kept against their will in order to access the internet, without leaving any data trails that the authorities could later trace.

Discarded phones that belonged to the terrorists also revealed detailed maps of the theater’s layout, suggesting that they had meticulously planned their operation.

One of the hostages noticed that a terrorist was using a laptop computer. However, when he turned it on, all she could see was lines of text on the screen.

“It was bizarre — he was looking at a bunch of lines, like lines of code. There was no image, no internet,” she said, according to the New York Times.

Following the November 13 attacks, police tried to piece together the movements of the attackers, and the authorities hope the arrest of Salah Abdeslam in Brussels on Friday will provide them with further clues.

In Case You Missed It:  Get Ready for the Economic Collapse
Posted in Terrorism and tagged Europe, France, Illegal Immigration, Jihadists, Migrants, Muslims, Terrorism.

“140,000 expected victims in a Nuclear war, Obama could have prevented this . The quantity of casualties killed in a...