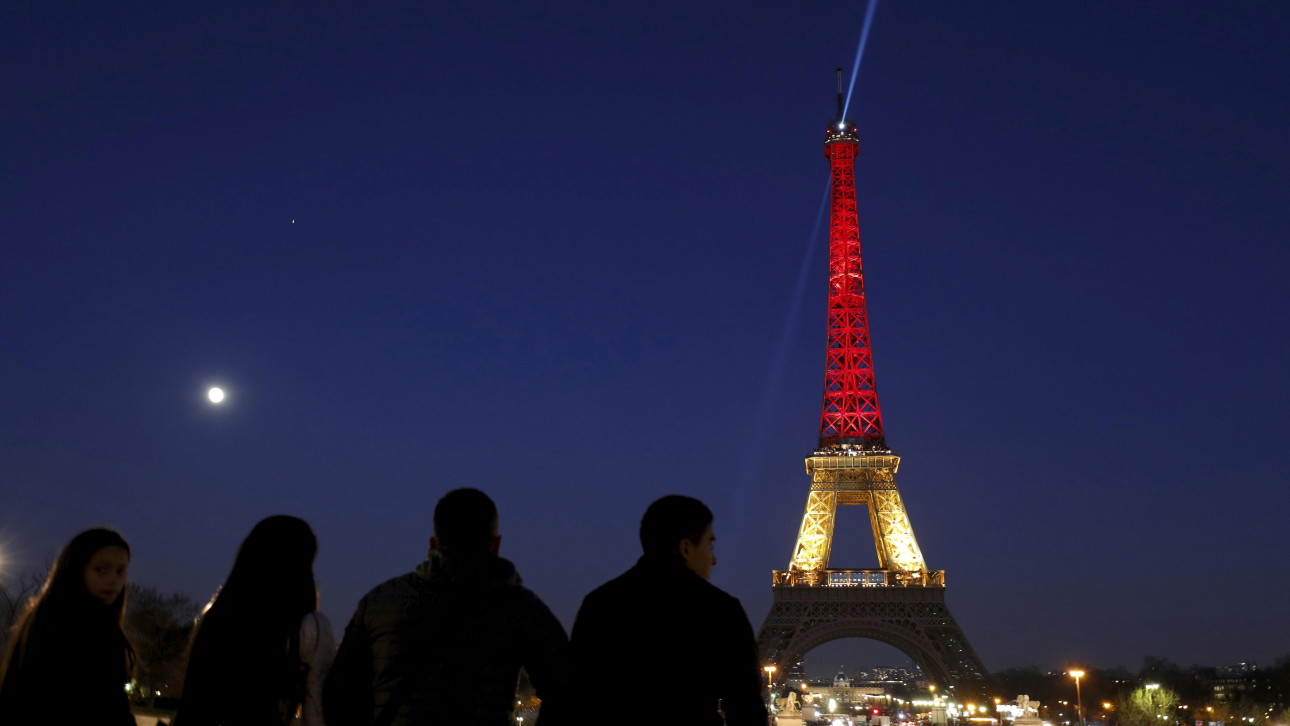 In an online forum, Muslims quiz its gleeful supporters about the location of the terror group’s next attack.

Muslims are euphoric over their “successful” terror attacks in Brussels—and have already started predicting where the group will find its next victims, Vocativ has discovered.

A poll published on al-Minbar, a main forum used by the group’s supporters, asks: “What will be the color of the Eiffel Tower in the next attacks?” The question comes after the iconic French landmark was illuminated with the colors of the Belgian flag on Tuesday to pay tribute to the victims of the Brussels attacks, which killed more than 30 people and injured more than 100 others.

Users replied to the poll, often casting multiple votes. Nine said the next target will be the United Kingdom, six voted for Russia, three predicted the U.S. will be targeted next and four others voted for Germany. ISIS loyalists who posted on the poll’s forum thread described the U.S., the U.K. and France as “the heads of infidelity,” followed by Germany. 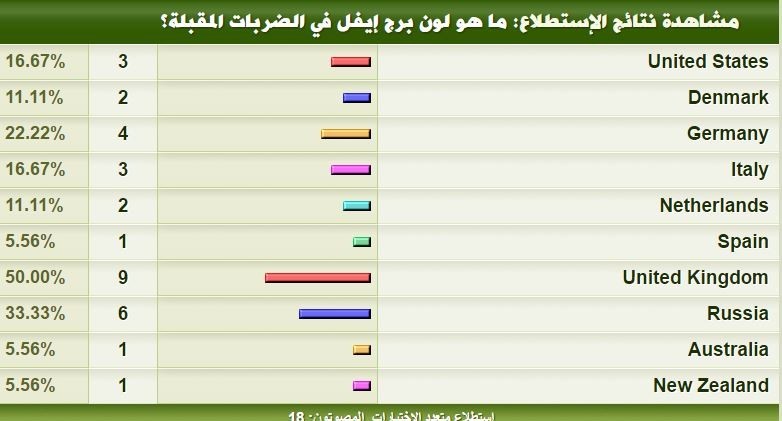 A second poll asking Muslims what country they think will be targeted next also appeared on Twitter, where an ISIS supporters asked: “What will be the next attack by the Islamic State?” The poll offered Italy, France, The Netherlands and Belgium as options, and had a total of 103 responses. The results were only available to voters.

A user affiliated with the terror group tweeted that “the Islamic State will attack London, Washington, Rome and all the infidels’ capitals.” Another declared: “the Crusaders are blundered and confused. Yesterday Paris, today Brussels, and they don’t know where will be the next attack,” a loyalist posted.

Several Muslims on Twitter pointed their fingers at the U.K, saying “there is no escape from giving it a lesson.” “Britain has taken all precautions, the Caliphate doesn’t stop at barriers,” another declared.

The Islamic State claimed responsibility for Tuesday’s violence, which unfolded at Brussels’ biggest airport and a central metro station. Two suspected suicide bombers in the attacks were identified on Wednesday as brothers Khalid and Ibrahim el-Bakraoui, Belgium’s state broadcaster RTBF said, according to reports. The brothers were known to police as criminals and were linked to a deadly string of terror attacks that killed 130 people in Paris in November, the Guardian reported, citing RTBF.

In Case You Missed It:  Get Ready for the Economic Collapse
Posted in Terrorism and tagged Belgium, Europe, France, ISIS, Islam, Jihadists, Muslims, Terrorism.