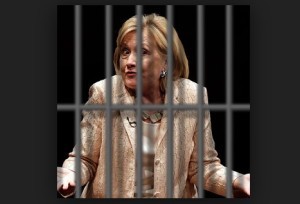 Federal prosecutors investigating the mishandling of classified materials on Hillary Clinton’s private email server have begun the process of setting up formal interviews with some of her longtime and closest aides, according to two people familiar with the probe, an indication that the inquiry is moving into its final phases.

Those interviews and the final review of the case, however, could still take many weeks, all but guaranteeing that the investigation will continue to dog Clinton’s presidential campaign through most, if not all, of the remaining presidential primaries.

No dates have been set for questioning the advisors, but a federal prosecutor in recent weeks has called their lawyers to alert them that he would soon be doing so, the sources said. Prosecutors also are expected to seek an interview with Clinton herself, though the timing remains unclear.

The interviews by FBI agents and prosecutors will play a significant role in helping them better understand whether Clinton or her aides knowingly or negligently discussed classified government secrets over a non-secure email system when she served as secretary of State.

The meetings also are an indication that much of the investigators’ background work – recovering deleted emails, understanding how the server operated and determining whether it was breached – is nearing completion.

“The interviews are critical to understand the volume of information they have accumulated,” said James McJunkin, former head of the FBI’s Washington field office.  “They are likely nearing the end of the investigation and the agents need to interview these people to put the information in context. They will then spend time aligning these statements with other information, emails, classified documents, etc., to determine whether there is a prosecutable case.”

Many legal experts believe that Clinton faces little risk of being prosecuted for using the private email system to conduct official business when she served as secretary of State, though that decision has raised questions among some about her judgment. They noted that using a private email system was not banned at the time, and others in government had used personal email to transact official business.

The bigger question is whether she or her aides distributed classified material in email systems that fell outside of the department’s secure classified system. But even if prosecutors determine that she did, chances she will be found criminally liable are low. U.S. law makes it a crime for someone to knowingly or willfully retain classified information, handle it in a grossly negligent manner or to pass it to someone not entitled to see it.

Clinton has denied using the email account to send or receive materials marked classified. Though some emails have since been deemed to be too sensitive to release publicly, Clinton’s campaign has attributed that to overzealous intelligence officials and “over-classification run amok.”

Legally it doesn’t matter if the emails were marked as classified or not, since government officials are obligated to recognize sensitive material and guard against its release. But legal experts noted that such labels would be helpful to prosecutors seeking to prove she knew the information was classified, a key element of the law.

“The facts of the case do not fit the law,” said Stephen Vladeck, a law professor at American University. “Reasonable folks may think that federal law ought to prohibit what Hillary did, but it’s just not clear to me that it currently does.”

Even so, her use of the private server, which was based at her home in New York, has become fodder for Clinton’s political foes as she campaigns to secure the Democratic nomination for president.

Though Sen. Bernie Sanders has largely declined to use the email scandal against her in the Democratic primary, Republicans have repeatedly said she should be indicted or disqualified from running for the nation’s top office.

At a recent Democratic debate, Clinton grew exasperated when asked what she would do if indicted. “That’s not going to happen,” she said.

Her attorney, David Kendall, declined to comment. Her campaign spokesman, Brian Fallon, said in an email that Clinton is ready to work with investigators to conclude the investigation.

“She first offered last August to meet and answer any questions they might have,” Fallon wrote. “She would welcome the opportunity to help them complete their work.”

Lawyers for her closest aides – Huma Abedin, Jake Sullivan, Cheryl Mills and Philippe Renes – either did not respond to messages or declined to comment.

The Justice Department and FBI began their investigation after receiving what is known as a security referral in July from the inspector general for U.S. intelligence agencies, which at the time were in the midst of reviewing paper copies of nearly 30,500 emails Clinton turned over in 2014 that she said were work-related.

The State Department has since released all 3,871 pages of Clinton’s emails in its possession and has determined that 22 of her emails contained “top secret” information, though they were not marked as such as the time. Hundreds of others contained material that was either secret or confidential, two lower levels of classification.

After stepping down as secretary of State, Clinton, who has said she used her personal email to conduct personal and official business as a matter of convenience, told her staff to delete 31,830 emails on the server that she felt were non-work-related.

In August, the FBI obtained the server and has since recovered most, if not all, of the deleted correspondence, said a person familiar with the investigation.

FBI agents have finished their review of the server and the correspondence turned over by Clinton to the State Department. They have interviewed a number of former aides so they could better understand how the system was used and why Clinton chose to use it, the person said.

Federal prosecutors granted immunity to one of those aides, Bryan Pagliano, who helped set up the server in Clinton’s home. He has cooperated with the federal investigation and provided security logs that revealed no evidence of foreign hacking, according to a law enforcement official.

His lawyer, Mark MacDougall, did not respond to messages seeking comment.

The decision on whether to prosecute could be difficult. Vladeck, the law professor noted the differences between Clinton’s email issue and two previous cases involving the mishandling of classified material that resulted in prosecutions and guilty pleas.

In 2005, Sandy Berger, a former national security advisor, pleaded guilty to the unlawful removal and retention of national security information after being caught trying to smuggle classified documents out of the National Archives.

In another case, Gen. David Petraeus, a former CIA director, was investigated for knowingly allowing a mistress to read classified material as she researched a book about him. Petraeus eventually pleaded guilty to a misdemeanor charge of mishandling classified material and was spared prison time.

Legal experts said Petraeus’ actions were far more serious than anything Clinton is accused of doing. Clinton’s emails, even those later deemed classified, were sent to aides cleared to read them, for example, and not private citizens, they said.

Several of the lawyers involved in Clinton’s case are familiar with the differences. Petraeus’ defense lawyer was Kendall, who also represents Clinton. And a prosecutor helping oversee the Clinton email investigation was part of the team that obtained Petraeus’ guilty plea.

“Those cases are just so different from what Clinton is accused of doing,” Vladeck said. “And the Justice Department lawyers know it.”

While she is not likely to face legal jeopardy, the emails could cause some political heartburn when the aides are questioned. However, short of an indictment or an explosive revelation, the controversy is not likely to alter the overall dynamics of the primary race or general election, political observers said.

“This is clearly disruptive to the campaign,” said Mark Mellman, a Democratic pollster. “It will take her off message and coverage about important aides being questioned is not coverage you’d like to have. However, this issue is largely dismissed by Democratic primary voters and baked into the cake for the general electorate.”

In Case You Missed It:  Here we go again: MONKEYPOX is the next “scariant” being unleashed on the world to demand vaccine compliance
Posted in Freedoms and tagged Clinton, Crime, FBI.

Kasich: Trump and Cruz ‘Should Consolidate Behind Him; Said Only He Can Beat Hillary