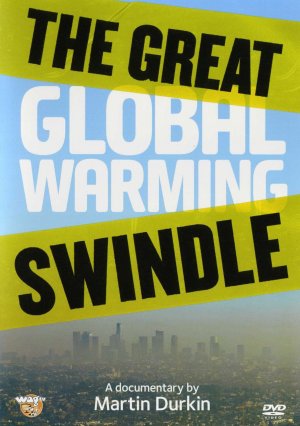 A massive trawl of Northern Hemisphere rainfall data for the last 1,200 years revealed there had been more dramatic wet-dry weather extremes in earlier, cooler centuries before humans set off fossil fuel-driven global warming.

This is problematic, said a study in the journal Nature, as the same data models used to anticipate that global warming would cause record rainfall extremes in the 1900s, are the basis for projections of things to come.

The UN’s climate science panel, the consensus authority, contends that dry areas will become ever drier and wet ones wetter as the global temperature rises in response to greenhouse gas emissions.

But the new work said sky-high temperatures in the 20th century did not directly translate into record extremes between wet and dry weather, as many had expected.

Global warming/climate change advocates when so many of them are pro-socialist and anti-capitalist, and don’t have a socio-political agenda calling for massive, worldwide redistribution of wealth and a reduction in power and influence of the West;

There hasn’t been a significant global warming trend for almost 20 years, despite 30% of man-made CO2 emissions since 1750 being made over just the last 20 years.

Both the Pacific and Atlantic will soon be in their respective 30-yr cool cycles and global temps always fall during them.

We’re also in the weakest solar cycle since 1906, the next one starting 2022 will be the weakest since 1790 and the one from 2035 is expected to be the start of a Grand Solar Minimum that could last 70 years…

Global Warming is the biggest hoax in human history.

In 1794, Captain George Vancouver cruised by what is now the entrance to Glacier Bay and found it to be filled with tidewater glaciers and no bay. In 1879 almost a hundred year later John Muir visited the same area and noticed that the glacier had retreated 48 miles north into the bay. Today, those same glaciers have retreated a total of 60 miles in a little over 200 years.

Cherry picking the facts to support your hypothesis is not science. Making models and basing far reaching, and far fetched, theories on such models is not science. Anthropogenic climate change is a lie.

In Case You Missed It:  Antarctic: Surprising Sea Ice and Cooling
Posted in Financial and tagged Climate.

by AUSTIN RUSE Undercover investigator David Daleiden’s home in California was raided Tuesday by officials under the office of California...