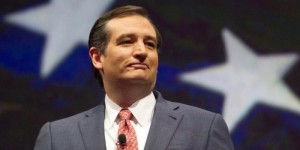 This information from Glenn Beck is good for the voting public to find out.  We have heard over the years how Presidents and their families have treated the Secret Service that has protected them.  We know that the Clintons treated them very badly and the Bushes treated them well.  This insight into how Ted Cruz treats those protecting him reveals that he is every bit the man we have seen in the Senate and on the campaign trail.

When Ted Cruz visited Glenn’s house on Tuesday, Glenn took the opportunity to thank Cruz’s security detail for the job they’re doing, keeping the presidential candidate safe. Then, he put them on the spot with a question only they could answer. “Is he the real deal behind the curtain?” Glenn asked. Having a personal security detail himself, Glenn is well accustomed to situations where the most private moments are on full display to bodyguards. Glenn elaborated during his radio program on Wednesday. “You want to know who I am, you talk to my security detail,” Glenn said. “They know me because they’re with me at my worst and my best, and they see me behind stage and on stage.” Because they have a non-disclosure, security personnel aren’t supposed to answer questions like the one Glenn asked. That being said, it was the manner in which they responded, more than the words they spoke, which told Glenn everything he needed to know. “You can tell by the way people answer or don’t answer,” Glenn said.

Below is a rush transcript of this segment, it may contain errors.

GLENN: I went up to his security detail. And I just went to thank them for the job they’re doing, keeping him safe. And then I stood there for a while. Now I know, because my security is with me on my most private moments. They have actually been in — in the room with me and my wife because they’ve had to be. Because of situations, it can get tense with my wife and I, or very intimate with my wife and I on delicate things. And so I know — you want to know who I am, you talk to my security detail. Now, they have a non-disclosure. So they can’t — but they know me because they’re with me at my worst and my best. And they see me behind stage and on stage. So I’m standing there next to his — and I know they have a non-disclosure. But you can tell by the way people answer or don’t answer. And I said, “So tell me, is he the real deal behind the curtain? Because I’m never going to see the real deal behind the curtain. In his worst moments, is he the real deal?” Immediately, without hesitation, they turned to me — we’re standing kind of in a line. They turn to me and walk in front of me and look me in the eye, and one of them — the first one said, “I have done this for a long time. I’ve protected all of them. I have never seen a man like him. No matter where he is, no matter what shape he’s in, no matter how tired, how pissed off, no matter what the scenario, I’ve never seen a man as consistently true as him. He says the same thing to your face as to your back. I’ve never seen him inconsistent.” And the other guy just kept shaking his head and said, “This guy is the real deal. He’s the real deal.” I thought that was —

GLENN: That was really awesome.

STU: Yeah, because I asked your security about that and they just looked up at the ceiling and ran away. I thought that was weird.

PAT: Well, they have a non-disclosure. They can’t talk about that.