A senior Hungarian Cabinet minister warned that refugees entering Europe are anti-Semitic to defend his government’s tough stance on admitting them. 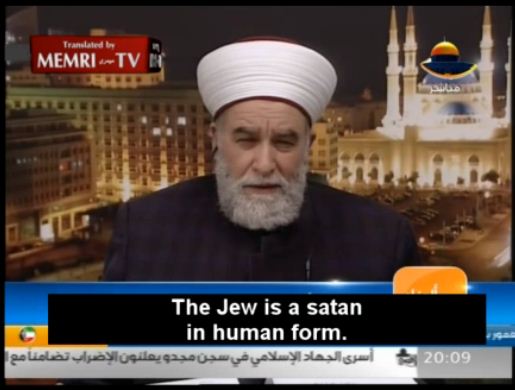 “Refugees entering Europe now are strongly anti-Semitic,” he said in explaining why his government was blocking the vast majority of people from Syria and Iraq from entering the country. “Where there are large numbers of immigrants, there is greater anti-Semitism — France and Germany, for example,” Lazar said. He also claimed Hungary has low levels of anti-Semitism.

While anti-Semitic violence is rare in Hungary, rhetoric against Jews in government and mainstream media is widely seen as a problem.

Earlier this month, Israel’s ambassador to Israel, Ilan Mor, wrote a letter condemning a series of anti-Semitic op-eds by Zsolt Bayer, a co-founder of the ruling Fidesz party, published in a mainstream pro-government newspaper.

Bayer’s first op-ed justified anti-Semitic murders in the 1940s as acts of self-defense. He was writing after protesters prevented a bust from going up in Budapest commemorating a lawmaker who drafted anti-Jewish legislation in the buildup to the murder of some 500,000 Hungarian Jews in the Holocaust. The unveiling ceremony was attended by senior officials from Fidesz.

Mazsihisz, the umbrella group of Hungarian Jewish communities, briefly suspended its ties with the government in 2014 over what it considered a government-led campaign to whitewash the responsibility of the Hungarian state for the murder of its Jews by Nazis and their local collaborators during the Holocaust.

Relations have since been restored.

Separately, Thorbjorn Jagland, the secretary general of the Council of Europe, last week visited a Jewish cemetery in Frampol, Poland, to express his and his organization’s support for the European Jewish Cemeteries Initiative, which works to protect Jewish burial grounds in Central and Eastern Europe.

“The last time so many marched from the centre of Frampol to the Jewish cemetery was when the death march of 1,000 Frampol Jews took place during World War II,” said Philip Carmel, a chief executive of the group. “This time, it was a march of life, a march of young people, of pupils who have helped to protect this cemetery.”

A Brazilian public school was named for Aleksander Henryk Laks, the late iconic president of the Brazilian Association of Holocaust...