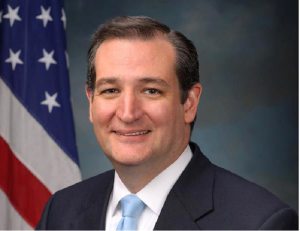 The American historical record is: The worse the recession, the stronger the recovery. Coming out of a recession, the economy has historically grown faster than normal as it catches up to its long-term economic growth trend line. So our economy should have come out of 2009 with a historic, long-term boom.

However, almost seven years later, that has never happened. Instead, America under Obamanomics has suffered the weakest recovery from a recession since the Great Depression, as measured by job growth, unemployment, income growth, economic growth, poverty and soaring inequality. All these features are exactly contrary to the misleading rhetoric of President Obama and his Democrats.

President Ronald Reagan cut income tax rates for all by 25 percent in 1981. In 1983, the American economy took off on a historic, 25-year boom. Economists Art Laffer and Steve Moore called it “the greatest period of wealth creation in the history of the planet.” Steve Forbes called it “an economic golden age.”

During the first seven years, the economy grew by almost one-third, the equivalent of adding the entire economy of West Germany, the third-largest in the world at the time, to the U.S. economy. Reagan’s 1986 tax reform reduced the top rate of 70 percent, when Reagan entered office in 1981, to 28 percent, with one more rate, 15 percent, for the middle class. Yet, during the 1980s, federal revenue doubled.

Republican presidential candidate Ted Cruz’s tax reform would similarly produce a booming recovery. He would replace today’s income tax code with a simple flat tax, with the same 10 percent rate for all forms of personal income – wages, profits, capital gains, dividends, rent, royalties. No one would be able to claim that billionaires pay lower tax rates than their secretaries.

The corporate income tax would be abolished, and replaced with a 16 percent business flat tax. That tax would be border-adjustable, with all exports getting refunds for taxes paid, while all imports would be taxed at 16 percent, a big advantage for American manufacturing.

That business flat tax also would include immediate expensing, or deductions, for the costs of plant and equipment. That promotes investment in worker productivity, the foundation of rising wages, and in businesses providing good paying, blue-collar jobs.

Workers would also enjoy Universal Savings Accounts, with tax-deferred savings for any purpose up to $25,000 each year, like an IRA. That would cover all savings for the middle class.

These two flat taxes generate enough revenue that the payroll tax, the biggest tax on the poor and the middle class, would be abolished as well, with Social Security and Medicare financed in full with no deficits.

Cruz’s tax reform is not designed to be revenue neutral, because Cruz is running to make government smaller, not to raise the same taxes to pay for the same spending. The nonpartisan Tax Foundation scores the reform dynamically as a tax cut of $768 billion over 10 years.

Under Cruz’s flat tax, taxpayers could file their income taxes on a postcard, which means the IRS can be abolished, as he promises.

Peter Ferrara is a Senior Fellow for the Heartland Institute and a Senior Policy Advisor for the National Tax Limitation Foundation.

By: HANK BERRIEN If Ted Cruz wins Indiana, look out, Trump supporters: Cruz is well-positioned to win in California. The way...