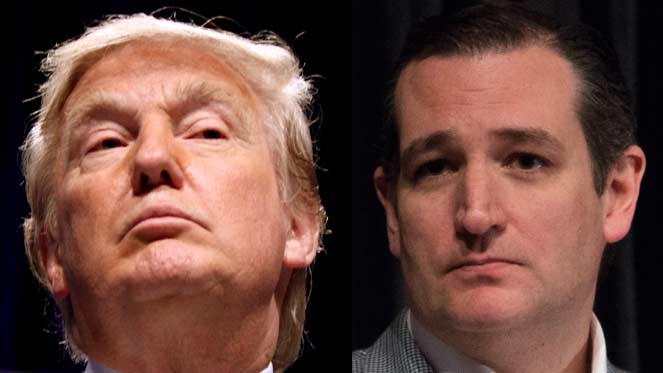 Following tonight’s Trump landslide in the northeast, he is almost assuredly guaranteed over 1,150 delegates that are either bound or pledged to him after the last ballot is cast on June 7.  Whether he is able to reach the magic number of 1,237 and win the nomination without a contested convention all comes down to next week’s primary in Indiana and the big California primary on June 7.  If Cruz wins Indiana next week, he will be well on his way to blocking the path for Trump to clinch the nomination outright.

Coming into tonight’s primary, Green Papers has Trump at 847 delegates.  He will likely emerge from tonight with 120 more bound delegates.  In addition, Trump could likely count on approximately 30 of the 54 unbound delegates from Pennsylvania’s district pool pledging support to him.  That will place him right around 987 delegates.

Let’s begin with the relatively safe assumptions.  It’s safe to assume that Cruz will win Nebraska, South Dakota, and Montana and carry all of the winner-take-all delegates.  Likewise, Trump will almost certainly win the two other remaining WTA states: West Virginia* and New Jersey.  Those two states combined will net Trump another 85 delegates, bringing his total to 1,072.

Next, we move to the three remaining proportional states.  Oregon and New Mexico are perfectly proportional.  Until now, I always assumed Cruz would win both of those states because of his strength out west.  The recent quasi-deal with Kasich to “cede those states to him” makes the prediction of a state winner difficult to ascertain.  On the one hand, Trump is not strong in those states, but on the other, Kasich is a dumpster fire and has not demonstrated the ability to win anywhere.  Will Cruz reclaim those states if Kasich shows he’s faltering?  Either way, we are talking about a difference of two to three delegates in each state.  Let’s give Trump 40% in both states (11 in Oregon and 10 in New Mexico) as a “mandatory minimum” assumption.  That places Trump at 1,093.

Washington is the most complicated state to game out because the 14 statewide delegates are awarded proportionally (with a 20% minimum threshold) and the 30 district delegates are allocated as follows: the district winner takes two delegates while the runner-up wins the third—unless the winner garners 50 percent of the district-wide vote, in which case he is awarded all three delegates.  This is another state I’ve always assumed Cruz would win, but Kasich’s presence in the race is a huge wild card in terms of preventing Cruz from winning 50 percent in some districts or whether Kasich wins 20 percent statewide.

Here’s my best reasonable assumption:  Trump wins six of the 14 statewide delegates, wins the three lowest median income districts in the state and places second in the remaining seven districts.  This would result in a net haul of 19 (out of 44) delegates.

Trump’s total is now at 1,112 delegates.  It’s hard to get an exact number out of Oregon, Washington, and New Mexico, but the actual number is unlikely to be much higher for Trump.

Indiana and California — Where the Nominee is Picked

Moving along with our running tally of Trump’s delegate county, he would need to win 125 delegates out of the combined 229-delegate pot from Indiana and California.

Here’s why I believe there is no middle ground in terms of a likely outcome — if Cruz wins Indiana and California, Trump will easily be denied 1,237 and is almost certainly going to lose on the second ballot at the convention.  On the other hand, if Trump wins either state, it is very difficult for Cruz to block him.

If Cruz wins Indiana, let’s assume Trump still wins the three southern districts and nets another nine delegates.  His total now stands at 1,121.  Now Trump would need to win 116 of the 172 delegates in California to clinch the nomination.  This would necessitate Trump winning statewide and carrying 39 of 53 districts.  While a win in Indiana for Cruz could theoretically be enough to block Trump, it is still possible that were Trump to win statewide, he could carry most of the state.  Given his uniform and ubiquitous high floor of support, Trump has demonstrated that when he wins statewide he wins almost every district.  California is a tougher hill to climb for Trump because a number of wealthy Democrat areas with small pockets of high-income GOP voters are likely to swing against him, even if he wins statewide, and are worth just as much as the larger rural GOP districts in terms of delegates.  However, a win of 38 out of 53 districts is still doable, especially with the negative momentum from losing Indiana.  This is why Cruz likely needs both Indiana and California to safely block Trump.

What if Trump Wins Indiana?

If Trump wins Indiana, it will be difficult to stop him.  Again, a Trump win statewide would likely result in a complete sweep of the districts, with perhaps the exception of the wealthy CD-5.  This would take Trump from 1,112 to 1,166.  He would then need 71 delegates, or 24 districts, in California to win.  Even if Cruz wins statewide in California, it is not outlandish to think Trump would win close to 24 districts (out of 53) if the statewide margin is narrow.  Moreover, the sense of inevitability would make it difficult to lock up some of the remaining states and might push Trump higher in a state like Washington.  Cruz would need to recover across the board and change the dynamic of the race in order to survive a loss in Indiana.

However, if Cruz does win Indiana, he will be set on a pretty solid trajectory as the race heads out west.  And as long as he wins even a minimal victory in California, Trump has nowhere to go.  Until now, Cruz has demonstrated the ability to win states when he is able to focus attention and work the state for several weeks.  In California, he is literally all in — whether it’s time, organization, ground game, or money.  His biggest challenge will be Fox News, not delegate math.

JIHAD in the UN: 57 Muslim Tyrannies hijacked the UN to falsely claim Jews have no connection to Holy Sites in Israel

"UNESCO resolutions falsely claim Temple Mount (including the Western Wall), Cave of the Patriarchs are Muslim, Jewish Tombstones in Mount...