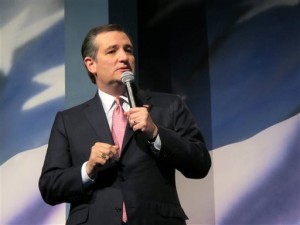 If Ted Cruz wins Indiana, look out, Trump supporters: Cruz is well-positioned to win in California.

The way California works is this: each of the state’s 53 congressional districts is winner-take-all, with three delegates apiece. After those 159 delegates are awarded, ten more delegates and three California RNC members will go to the statewide plurality winner.

Polls measuring voter sentiment have not accurately reflected the state, as they are separated by region, not by district. The ground game in the state is crucial.

Cruz’s ground game in California is very strong; they have placed their leaders and staff in virtually every district. Cruz’s delegate slate is already in place, not only with delegates, but their alternates. In mid-April, Cruz held rallies in Orange County and San Diego County. Announced only 12 hours before the event, they were standing room only, with thousands of supporters. And those rallies had not been announced to the public, only to identified supporters and local party activists.

Trump has virtually no one working for him in the state; he has no full delegate slate completed.

There are five million registered Republicans in the state; roughly 70 percent of likely Republican voters view themselves as conservatives, which should benefit Cruz.

Judea-Samaria district police officers on Tuesday were stunned to find a 12-year-old Arab boy driving a car alone on Highway...