Black Lives Matter’ supporters responded to the sniper attack in Dallas by celebrating the murder of the five police officers who were gunned down in cold blood. 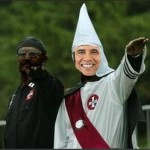 BLM sympathizers took to Twitter to express their joy at the carnage, with one commenting, “Y’all pigs got what was coming for y’all.”

“Next time a group wants to organize a police shoot, do like Dallas tonight, but have extra men/women to flank the Pigs!,” added another.

“Dude hell yeah someone is shooting pigs in dallas. Solidarity,” commented another user.

Last night’s events in Dallas were as painfully predictable as they were tragic.

As I wrote almost a year ago after BLM supporters had plotted to bomb a police station in Ferguson, “Black Lives Matter cannot be described as anything other than a domestic terrorist organization.”

One had to look no further than the fact that the ideological guru behind ‘Black Lives Matter’ – the individual whom its founders cite as their inspiration – Assata Shakur – is a convicted cop killer who is on the FBI’s ‘Most Wanted Terrorists’ list.

BLM protesters have also repeatedly invoked violent rhetoric. During a march in New York, demonstrators chanted, “What do we want? Dead cops. When do we want it? Now!”

BLM agitators have also used the refrain “pigs in a blanket, fry ’em like bacon!” on numerous occasions to promote violence against police officers.

As the video below documents, ‘Black Lives Matter’ is a dangerous and divisive group that has only worsened the problems it set out to resolve.

Obama and the Dems take every opportunity to race bait for one simple reason; if the Dem candidate this November...