The Arabic name of the Dallas mass murderer of the brave police officers (who ran towards the gunfire in order to save the people protesting them) was Fahed Hassen, according to Denver Police Department.

Micah Johnson went by the alias Fahed Hassen. Micha Johnson or Fahed Hassen, he is a domestic terrorist. Now, that’s it been revealed that Johnson is a Muslim, one has to look to see if Fahed Hassen had any ties to ISIS or other Muslim terrorist groups.

He told the armed officers facing him that he had been preparing for the assault, vowing that he “wanted to kill white people, especially white officers,” according to Dallas police.

As investigators later discovered, the gunman’s online activities provided other hints to his motivation.

Micah Xavier Johnson, a 25-year-old black man, showed interest in groups affiliated with the black separatist movement. He had “liked” Facebook pages for the founder of Nation of Islam and for the Black Riders Liberation Party, which are classified as hate groups by the Southern Poverty Law Center.

It’s the quiet ones that just do the most devastating stuff. You never see it coming. — Israel Cooper, a friend of Micah X. Johnson. 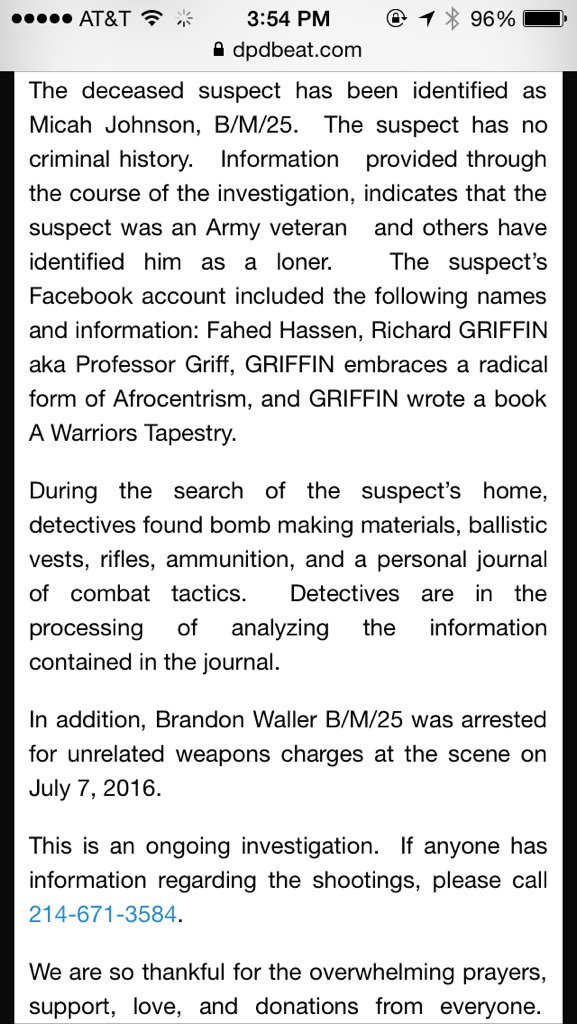 When the Obama Administration, on July 5th, ruled that in regard to Hillary Clinton’s privatized email system while she was...