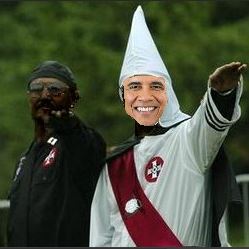 For far too long, the United States of America have been plagued by that grotesque mockery of “civil rights activism” known as Black Lives Matter. This group, along with allied Afrofascist groups like the New Black Panthers and the Nation of Islam (i.e. the Black Muslims), proclaimed itself to be dedicated to addressing supposed targeting of black American by the police. However, due to the influence of other more well-established radical groups, BLM has since branched out into a more broad spectrum sort of anti-capitalism, anti-law and order, anti-white, anti-America in general movement.

As a result, BLM has lost what little credibility it originally may have had, and has joined the ranks of being just another fear-mongering left-wing agitation group. The main distinction between it and other left-wing noise generators is the lengths to which it is willing to go to inconvenience and threaten everyone it comes into contact with. Because of this, it’s time for the decent people of this country to stop playing along with BLM’s delusions, and simply tell them these five little words:

Sit down and shut up.

That’s it. Nothing more needs to be said to the BLM “movement” other than this. They do not deserve any efforts to engage them rationally. They have shown no willingness to be rational in the first place. They don’t deserve any “yes, but…” caveats. They are nothing but a menace and an annoyance to the civilized people who are left in this country.

To begin with, their entire raison d’etre for existing – which is to address the rampant police brutality represented in the vastly disproportionate shooting of black Americans by the police—is completely bogus. As in, it doesn’t exist. As it turns out, in 2015, of the 990 people who were killed by police officers in the US, 258 were black, which is 26%. Now, while blacks only make up 13% of the American population, they were 22% of those who committed violent crimes of all types. For comparison, whites made up 494 of the 990 people killed by the police (50%), despite committing only 43% of violent crimes.

In Case You Missed It:  No Peace, No Justice

So while blacks may be slightly more likely to be killed by the police versus their share of violent crimes, whites are even more likely to be (a 4% versus 7% disparity, respectively). The idea that there is this endemic, racist, white police genocide being committed against black Americans is simply not supported by any actual evidence. The whole existence of Black Lives Matter rests on nothing more than a hoax, a false emotionalistic impression that conveniently caters to left-wing assumptions, but which is not borne out by facts.

But that’s not where the problems with BLM and its allied groups end.

The BLM movement has taken it upon itself to be as importune upon the patience of the American people as it possibly can be. From disrupting people’s lunches while shouting at them for being “racist” to blocking highways so that ambulances carrying sick little children can’t get to the hospital, BLM has proven to be rather, ah, inexpert at generating a positive public image. Among other things, BLMers consider it to be “racist” to declare that “all lives matter,” are angry that “dead white people” in France are stealing the limelight right now (because, as they’ve made clear, “all lives don’t matter”), have publicly called for its followers to run over and shoot police officers (which came to deadly fruition in Dallas last week), and is now being sued for trying to incite a race war. They’re even reportedly attempting to create a “Summer of Chaos” so as to justify the imposition of martial law by President Obama ahead of the major party conventions.

In Case You Missed It:  The Case for Pardoning Barack Obama

Essentially, Black Lives Matter is nothing more than a nasty little hate group. And that’s why, if you’re planning on trying to “shame” me by emailing me and castigating me for being “racist” for criticizing BLM, you can just save your electrons, because your email will go right down the electronic toilet. It’s not “racist” to condemn a group devoted to genuine racism like BLM is.

Black Lives Matter is a sick, sick joke being played on America by the radical left-wing fruitcakes and their handlers in the Obama administration

Further, I’m not criticizing all black Americans. Here’s the dirty little secret—Black Lives Matter does not represent all, or even a significant minority, of black Americans. In fact, BLM is about as representative of blacks in America as the KKK is of American whites. Censuring Black Lives Matter is no more an attack on black Americans in general than condemning the Nazi Party is an attack upon all whites. I know plenty of black folks who are good people. Not surprising, not a single one of them sympathizes with the Black Lives Matter movement. The idea that BLM “speaks for” the black community as a whole in America is nothing more than just another swindle in a long line of them coming out of this group.

Black Lives Matter is a sick, sick joke being played on America by the radical left-wing fruitcakes and their handlers in the Obama administration. Obama has long had a desire to divide this country and set its people against each other. Both black and white Americans need to reject this effort. It’s time for BLM to be formally kicked to the curb with the rest of the trash.

In Case You Missed It:  Tucker Carlson Calls On Adam Schiff To Resign Over Russiagate Hoax 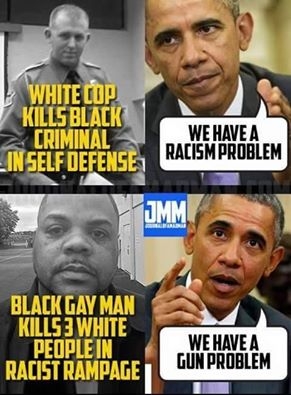 BATON ROUGE -Race relations are worse they have even been and the radical hate groups called black lives matter has...