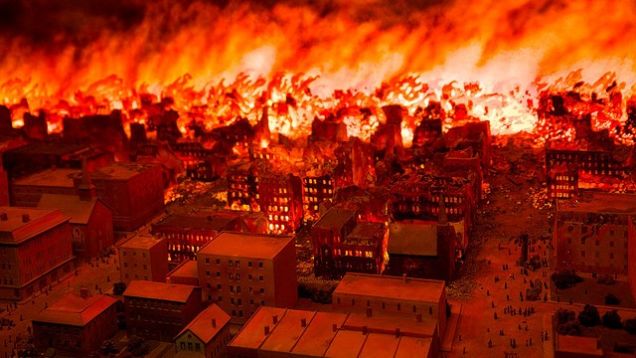 Trying to have a rational discussion based on facts with a College of Education graduate who uses Common Core teaching methods, how children learn, and the dumbing down of America’s education, is like trying to reason with a petulant child who happens to be a member of the Communist Party USA.
They take everything very personal and in a fascistic way, it’s their way or the highway. If we don’t do it this way, children will be doomed forever. Since 1979 when Jimmy Carter established the College of Education (which alone gobbles up close to $75 billion a year), our children’s education has gone down significantly as evidenced by test scores and a shameless lack of general knowledge.

On the other hand, I’ve had students who did not care that much for technology, were talented and creative, but were not exactly top scorers on the standardized ACT or SAT tests. Yet these students became quite successful in life.

According to Howard Gardner (Harvard Graduate School of Education), there are eight intelligence types and we all have some percentage of musical-rhythmic, visual-spatial, verbal-linguistic, logical-mathematical, bodily-kinesthetic, interpersonal, intrapersonal, and naturalistic abilities, weaker in some, stronger in others. It is because of this nature of the human being that we should not box students into testing molds, one size fits all, particularly when public education has a strong component of indoctrination by those who write the textbooks, the curricula, the teaching materials, and the standardized tests.

Teaching to a standard determined by progressive academia is a disservice to the wonderful talent in our schools. Teaching is an art and the fly-by-night teaching methodologies that have come and gone since 1979 prove that they were invented by control freaks that had one goal in mind, a pliant society of busy bees under the guidance of academia in service of the ruling elites who fund their secular ideas and methods.

I’ve heard progressives for decades vociferously demanding the separation of church and state, even though our country was founded on Judeo-Christian principles and God and prayer always had a place in the classroom and in government. But now, the same progressive academics are teaching in every grade, through Common Core Standards, indoctrination into Islam, forcing Christianity and prayer out of schools and out of extra-curricular activities. What happened to their cries of separation of church and state?

Patrick Deneen wrote about the loss of our cultural identity in his essay, ”How a generation lost its common culture.”

“My students are know-nothings. They are exceedingly nice, pleasant, trustworthy, mostly honest, well-intentioned, and utterly decent. But their brains are largely empty, devoid of any substantial knowledge that might be the fruits of an education in an inheritance and a gift of a previous generation. They are the culmination of western civilization, a civilization that has forgotten nearly everything about itself, and as a result, has achieved near-perfect indifference to its own culture.”
As a retired teacher of thirty years, I am certain that the concerted effort to mindlessly indoctrinate students into the progressive PC construct, a political correctness that has constrained everybody’s freedom of speech, turning students into whiny ninnies who need a safe space from their inner real or imagined fears of divergent opinions, and to distort and rewrite history in the vein of Howard Zinn’s very popular textbook that is widely used around the country, has contributed to the decline and loss of cultural identity to such a degree that students are ashamed of their own history, of their nation’s exceptionalism and accomplishments, of their common citizenship, and of their own culture.

Sadly, these students are busy destroying and replacing their own culture with the culture of other primitive societies they were told in schools to admire and venerate, simple cultures that are invading western civilization with the blessing of the United Nations and regressive western governments. It is baffling to think that these are generations of children and grandchildren of great Americans who conquered space and made flight possible.

The chickens of intolerance and communist social justice have come home to roost on the American campus. Decades of Marxist indoctrination by the vaunted communist academia are finally paying off—our cultural heritage is replaced by cultural Marxism and by primitive cultures that are deemed superior to ours and worshipped.

Our mis-educated youth, who can barely read or write a complete and coherent paragraph, but their fingers fly on Twitter in hashtags and 140 characters, staring constantly like robotic drones into illuminated smart devices, are now chasing Pokémon-Go.

Young people don’t seem to care if their culture survives or not. If they are given everything free, tiny housing units, Internet, smart devices, food, education, Netflix, pot, and public transportation passes, they will remain on the globalist environmental social justice train forever as anonymous global citizens.

The scandals don't stop coming with Hillary, the corrupt Clinton's will stop at nothing for power. WikiLeaks released over 20,000...