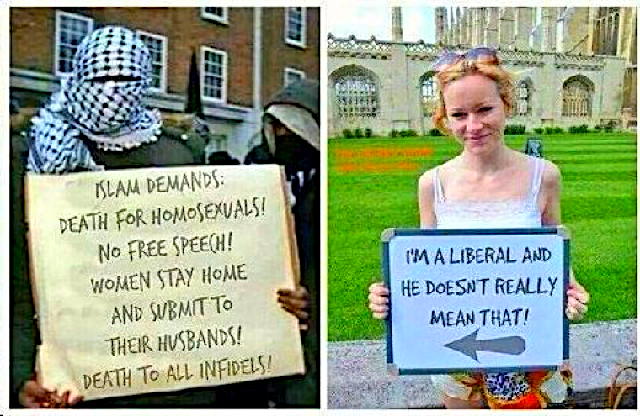 The propaganda put out by the liberal media is far more misleading than the Propaganda from the days of the USSR.

The liberal propagandist media has unilaterally chosen not to report the Munich attacker’s full name, in what appears to be an attempt to scrub any Muslim or Islamic heritage link to its coverage of the incident.

Ali David Sonboly the Munich attacker who targeted children and killed nine yesterday, the liberal media has gone to extraordinary lengths to try to keep any reference to his heritage out of its coverage, opting to name him only as “David Sonboly”.

Ali David Sonboly (real name Ali Daud Sonboly) is no Iranian. He is pro Turkey’s Islamist agenda and he is from Syria, not Iran. That plus he had a record with the Interpol and was being watched.

First of all. There is only one way to spell Sonboly in the Arabic. In the English it can be spelled multiple ways like Sunbulli, Sonboly because Arabic vowels need to be added using English letters. This is why we find Muhammad spelled as Mohemmed or Mehemet or Mohammad …

But in Arabic, it is always the same spelling:

Unless one knows Arabic, they do not know where to look. Examining clan Sonboly and even Sonboly’s own Facebook, we find no persian flags hovering anywhere. What we find are Turkish or Syrian flags or the combination of the two, just like the shooter’s Facebook shows. These are Syrian Islamists who are pro Turkey’s Erdogan. We also find Arabic and not a lick of Persian as their main language.

Ali Daud (not David) Sonboly, did not simply have a fetish for the red colored flag or the crescent moon. His clan is of Turkish origin living in Syria. Go ahead, peruse each of their Facebook pages yourself and see below in the links.

The case for this clan’s love of Turkey’s Erdogan is ironclad. Plus he lived in the Turkish neighborhood and his Facebook shows he was in Germany’s hauptschule college since 2011. He did not arrive there just two years ago. Someone up there in Germany’s government is fibbing advertising him as an Iranian which would make him a Shiite Muslim. This is done in order to avoid repercussion. Imagine Germans finding out that Turks and Syrian refugees who are entering Germany by the droves are the real culprit? For Germany, it was time to sweep it all under a Persian rug.

The Family is from Homs Syria where some are scattered in Yemen, Saudi Arabia, the U.S. and Canada. A quick peruse of this clan can show their love for Turkey (here, here this one lives in Chicago, sunni with a Hijab from Homs, Syria, see also here, and here, and here, and here these are anti-Assad pro-Turkey’s Jihad-loving brand of Islam.

The liberal media is also denying the shooters links to Islam, while security experts think a link is very likely.

A witness at the McDonald’s is saying that the shooter cried out “Allahu akbar!” as he was slaughtering children. This is what is was reported by CNN and now being denied by the mainstream, scrubbing her comments:

#Munich eyewitness says her eight-year-old son saw a "man loading his gun" in the bathroom https://t.co/BM3r6Xa75q

Who would believe the German police anyways? We already know they scrubbed the thousands of sexual attacks on New Year’s Eve in order to protect Islam. They even deleted the CCTV tapes. Merkel’s sharia is strictly enforced.

The enemedia is hang on to the very thinnest reed or no reed at all to avoid the motive behind this worldwide war – Islam. 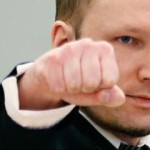 Because of this tangential and minor point, the media has jumped all over the Breivik aspect. How corrupt and absurd. There is nothing that points to Ali being “inspired.” His inspiration is Islam. His method of jihad was mass shooting, so of course he would review past shootings. From this the enemedia announces, “Munich shooting: Teenage killer Ali Sonboly ‘inspired by far-right terrorist Anders Breivik.’”

In the hundreds of jihad attacks, the devout Muslim murderers cite Quran chapter and verse and scream Allahu Akbar while they behead, gouge out eyes, sexually mutilate, etc. But the media will never make the connection to Islam. Close to 30,000 jihad attacks since 9/11, and not once did the media connect it to jihad and Islam.

The BBC has now changed its article following my expose of their attempted cover up: https://t.co/GEj73KjxeB pic.twitter.com/58vI5DozA9

A Pastor Fights Against Government Restrictions on Political Sermons

When the Rev. Gus Booth found out the IRS was dropping its inquiry into Warroad Community Church where he preaches,...