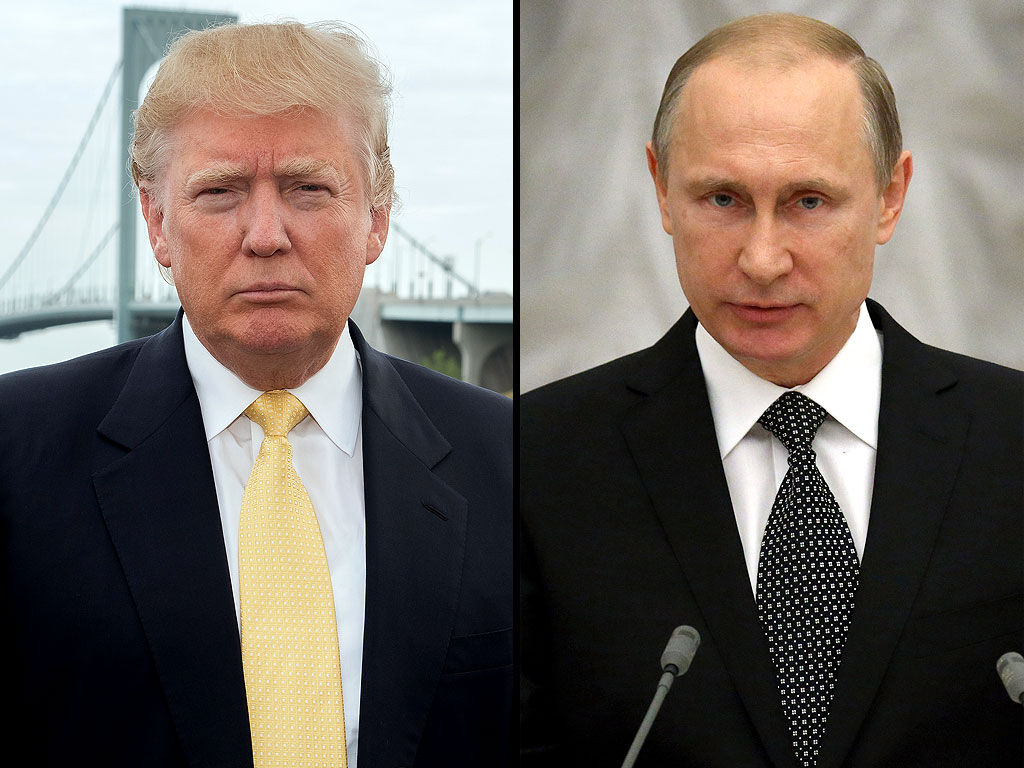 Recently, more and more evidence has been coming to light that Putin has been infiltrating our electoral process.

Here is what heatst.com uncovered:

Ted Cruz electrified the GOP convention with his brilliant speech on liberty, wherein he did not endorse Donald Trump, but told watching millions to vote their consciences. The thrill of real conservative commentators was matched only by the bot army Donald Trump’s troll farms in Russia deployed immediately on Trump’s behalf. It seemed that online sentiment was against Ted Cruz – but really it was hundreds of bot accounts all spamming the same message: 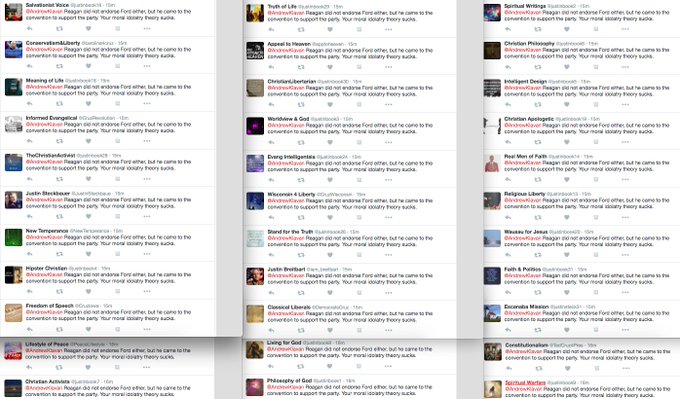 This seems to be a popular opinion. pic.twitter.com/3WrH08qBmj

However, the anti-Cruz bots for Trump didn’t just tweet at Klavan. They employ names and spam content likely to appeal to real Cruz voters – eg, the persona of an evangelical or ‘Wisconsin for Cruz’ in the account name.

This is how Jack Dorsey and Twitter have failed to save their platform from real trolls in a troll factory:

You see, the Trump people and Putin’s PR types could not bear the idea that Lion Ted Cruz had successfully punked Donald Trump to his face, so they tried to change the narrative: instead Trump’s massive Stumping by Cruz was a “trap”.

Today, these same bots want you to love Dinesh D’Souza’s film ‘Hillary’s America’ and they are spamming the same message:

Here is more from heatst.com and Bloomberg discussing the DNC Wikileaks leak:

Is the Kremlin trying to throw the U.S. presidential election to Donald Trump? It sounds like something out of a spy novel. But many cybersecurity experts, as well as the Hillary Clinton campaign, are now saying the Russians are responsible for last month’s hack of the Democratic National Committee.

That hack has dominated the news cycle on the eve of the Democratic convention, and for good reason. The emails disclosed Friday by WikiLeaks are embarrassing. They show DNC chairwoman, Debbie Wasserman Schultz, plotting to undermine the campaign of Senator Bernie Sanders, confirming the worst suspicions of the left flank of the party. She resigned her post on Sunday.

But the bigger issue is who was responsible for the hack in the first place. Bob Gourley, a former chief technology officer for the Defense Intelligence Agency and now the co-founder and partner Cognitio, a cybersecurity consultancy, told me Sunday that he thinks the Russians did it.

“The software code that I have seen from the hack had all the telltale signs of being Russian, including code re-used from other attacks,” Gourley told me. “This is a really big deal. Some people in the community are saying this is the Russians pretending to be a hacker, then giving that information to Julian Assange is all part of an operation.” (Assange founded WikiLeaks.)

Gourley is not alone among cybersecurity experts. When the hack of the DNC was first disclosed in June, the security firm Crowdstrike also pointed to the Russians. Crowdstrike investigated the incident for the Democratic party and concluded it was the same actor that penetrated the State Department, White House and Pentagon unclassified systems in 2015. Describing the code used for the penetration in a blog post, Crowdstrike co-founder Dmitri Alperovitch wrote: “Both adversaries engage in extensive political and economic espionage for the benefit of the government of the Russian Federation and are believed to be closely linked to the Russian government’s powerful and highly capable intelligence services.”

Over the weekend, the Trump and Clinton campaigns traded accusations on the issue.

Clinton campaign manager Robbie Mook told ABC News the experts consulted by the campaign said it was Russia. Paul Manafort, who runs the Trump campaign, responded that this was “pure obfuscation.”

The technical case for attributing the DNC hack to Russia rests in the similarity of the code found on the committee’s servers to other hacks believed to have originated in Russia. Gourley acknowledges though this isn’t foolproof. “It could be some hacker in a garage in Florida found this code and re-used it,” he said. “But historically the bad guys re-use their own code a lot.”

Why are we allowing the Russians to dictate our elections and why are we letting Trump get away with this?

We already know that Trump likes Putin and has forced the RNC to abandon Ukraine in its platform.  From PoliticusUSA.com:

With all the drama on Monday afternoon, followed by a night of speeches by a distraught moth, a crazed Chachi and a more crazed Guliani, radical (and dangerous) changes in the Republican Platform got little attention.

One noticeable change is found in the Republican Party’s radical departure from its anti-Russia position. Suddenly, Republicans are cool with Vladimir Putin’s war of aggression against the Ukraine. While a radical change, it’s not surprising when you consider Donald Trump’s public declarations of admiration the Russian dictator.

Trump wanted this very badly because, as Josh Rogin points out, his employees worked hard to prevent the Republican Party from calling to give Ukraine weapons to defend itself.

When you combine this with Trump’s public affection for the dictator who praised him, it isn’t a stretch to conclude that Trump places a higher premium on making nice with said dictator than on inconsequential things like having our allies’ backs and national security. Of course, the wall will fix everything, right?

Trump’s campaign has relied on hate and division.  The rare moments that he has shown an interest in policy, he has produced nonsense like his wall, his ban on Muslims and his promise to deport 11 million undocumented immigrants. These are so unrealistic they wouldn’t fool the cartoon pony that Melania Trump allegedly plagiarized.

Trump campaign manager Paul Manafort has ties to both Vladimir Putin and former President (who is pro-Russian) Viktor Yanukovych. Manafort worked for Yanukovych  for years. Reportedly, Manafort’s friends describe their relationship as a “political love connection.”

The full article is worth reading and it points out many surprising occurrences between Trump and Putin.

Trump constantly flipflops on his agenda and positions, but this is truly scary.

So the Democrats call Hispanics, taco bowls. DNC uses their own words to destroy themselves. This is what they think...