Update: This piece was written yesterday and so is already out of date. This morning two armed men entered a church near Rouen during Mass. They took the priest, two nuns and a number of congregants hostage. It appears that they slit the priest’s throat before themselves being killed by French security forces. Nobody can think of any possible motive, though people claiming that attacking Christians at prayer is not a traditional Islamist practice have clearly not paid attention to Iraq, Syria, Nigeria, Pakistan, Egypt or any number of other countries around the world.

Well this is all going very well isn’t it? I refer of course to the totally unforeseeable, impossible to predict wave of attacks in Germany and elsewhere across the continent in recent days.

The Thursday before last it was Nice. But already the slaughter of 84 people in France is just so, like, a fortnight ago. Last Monday an ‘Afghan’ ‘teenager’ called Mohammed Riyad screamed ‘Allahu Akbar’ (‘Allah is greatest’) on a Bavarian train and started chopping people up with an axe. I put ‘Afghan’ and ‘teenager’ in quotation marks because Mohammed was probably from Pakistan and is no more likely to be a ‘teenager’ than the thousands of other Peter Pans who Chancellor Merkel welcomed into her country last year. Still, she gets to feel good about herself. Shame the same can’t be said for the family from Hong Kong who had the misfortune to be sharing a train carriage with Frau Merkel’s latest conscience-cleaning import. Their relatives are still trying to arrange for the less badly injured family members to return home.

On Tuesday last week it was a 37-year old man called Mohamed Boufarkouch who started shouting ‘Allahu Akbar’ near Montpelier and stabbed a French woman and her three daughters (aged 8,12 and 14). Then yesterday a ‘Syrian asylum seeker’ used a machete to kill a pregnant woman and injure two others in Reutlingen, near Stuttgart. Perhaps it was terrorism. Perhaps it was traditional domestic violence with larger weaponry than has lately been traditional in Germany.

Then yesterday evening another ‘Syrian asylum seeker’ killed himself and injured 12 others in a bomb attack in the German town of Ansbach. At the time of writing there hasn’t been an attack in France or Germany for several hours so I am sure life will be returning to normal.

You wonder why I haven’t mentioned Friday night in Munich yet? Well Friday night in Munich – in which nine young people were gunned-down in a shopping centre – is still developing. At the start, because of the location and modus operandi it looked like it was an Islamist attack. Then – because the gunman was caught on tape describing himself as being born in Germany – the attention turned to a ‘far-right’ explanation. And my gosh was there rejoicing among the Islamists and their far-left allies on social media. There was even more rejoicing when a German official mentioned in the middle of the night that the fact Friday was the fifth anniversary of the Anders Breivik atrocity in Norway meant that a link between the Munich gunman and Breivik could not be ruled out. The BBC and others immediately ran their headlines saying that Munich was a Breivik-inspired attack.

While not impossible, you would have thought that the identity of the Munich gunman made this somewhat implausible. For the gunman turned out to be the child of Iranians by the name of David Ali Sonboly. Why would someone of Iranian descent admire the political worldview of some kind of white supremacist?

At such moments one can feel the political axis of Europe wobble. Too many fixed narratives are at risk. For some people Sonboly is obviously an Islamist. For others he is obviously a white nationalist. Others will claim that he only did what he did because of failed housing systems in the Munich area, insufficient welfare payments or bullying at school. I say we wait. Especially now a 16-year old Afghan friend of the Munich shooter has been taken into custody. 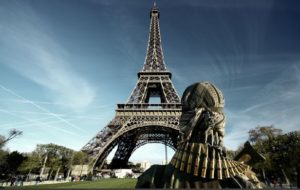 But the coverage of the attack was revealing. Was it a surprise that the BBC and other broadcasters stopped broadcasting the Munich gunman’s middle name? Perhaps. It certainly seems at one with the audible sigh of relief when the name of Breivik emerged. Hurrah – went the barely-disguised speech-bubble over everyone’s heads – now we can blame racist European society. Though you won’t find many people in Europe who thinks Breivik’s actions should dictate Europe’s foreign or domestic policies. Whereas you can find many ‘moderate’ Muslims and left-wingers in our media and politics who find Islamist terrorists to be a helpful advance wing of their own political agenda.

Nevertheless, this is going to require caution. When an Iranian born in Germany can be portrayed as a white nationalist but a set of ‘Allahu Akbar’-shouting Mohammeds are symptomatic of nothing in particular, you know our continent is engaged in a piece of cognitive dissonance from which we will be wrestled only very reluctantly.

Update: There hasn’t been a terrorist attack for a couple of hours, but it has emerged that last night’s suicide-bomber in Ansbach, Germany had pledged allegiance to Isis before the attack. As such, I would expect the story to now move on to which arm of the German state was responsible. I would expect the front-runners to be 1) the asylum authorities, for rejecting the bomber’s asylum application and thus making him mean and angry; 2) town-planning for not providing him with the type of urban environment that he preferred; 3) security at the music festival for preventing the bomber from entering the festival and thus displaying lamentable signs of ‘Islamophobia’; 4) a mixture of all the above plus any other ways to continue avoiding the problem (the weather, global-warming, music itself etc etc).

In Case You Missed It:  Study: Over Half of Migrants and Refugees Are on American Taxpayer-Funded Welfare
Posted in Terrorism and tagged France, Germany, Immigration, Multiculturalism, Muslims, Terrorism.

Westerners are paying in BLOOD for the folly of its politicians

THE cycle of Islamic terrorism continues to intensify. By LEO MCKINSTRY As the shadow of violence lengthens across Europe, every...