After posting a 64 character hex code that is believed to be an encryption key, the internet worries that the famed whistleblower may have been killed or captured resulting in the triggering of a dead man’s switch and potentially the release of many more US national secrets.

On Friday night, famed NSA whistleblower Edward Snowden tweeted out a 64 character code before quickly deleting the message along with a mysterious warning earlier this week that “It’s Time” which had called on colleagues of the former contractor to contact him leaving the internet to speculate that the characters could be an encryption key for a major document leak, it may be a “dead man’s switch” set to go in effect if the whistleblower were killed or captured, or potentially both.

A dead man’s switch is a message set up to be automatically sent if the holder of an account does not perform a regular check-in. The whistleblower has acknowledged that he has distributed encrypted files to journalists and associates that have not yet been released so in Snowden’s case, the dead man’s switch could be an encryption key for those files. 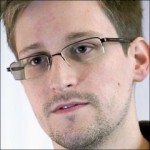 As of this time, Edward Snowden’s Twitter account has gone silent for over 24 hours which is far from unprecedented for the whistleblower but is curious at a time when public concern has been raised over his well-being. The 64 hex characters in the code do appear to rule out the initial theory that Edward Snowden, like so many of us, simply butt dialed his phone, but instead is a clearly a secure hash algorithm that can serve as a signature for a data file or as a password.

Julian Assange is known to have set up a similar dead man’s switch to ensure the survival of sensitive information in the event of his death. Wikileaks insurance files – encrypted files – were shared by Wikileaks with people around the world. If Assange dies unexpectedly, a key to the files will be shared and access made available to the insurance files.

Reports have surfaced that at least eight popular torrent sites used for distributing large files were immediately taken offline after Snowden’s tweet, suggesting the distribution of files is being suppressed, or at least slowed down, adding to the speculation that Snowden has been killed and the key to his sensitive insurance files has been released.

Until the former NSA contractor turned whistleblower tweets again – and we can verify that it is actually him tweeting – question marks will remain regarding his situation.

Either way, with the release of this 64 character code, coupled with Snowden’s “It’s time” message days earlier, be prepared for a major leak in the near future. The interesting times we are living in may get exponentially more interesting very soon.

1. Everyone requesting proof of life for me and @Snowden, take a deep breath.
2. Some tweets have private meaning.
3. My @SecureDrop is up.

BELGRADE – The International Criminal Tribunal for the Former Yugoslavia (ICTY) in The Hague has determined that the late Serbian...