From his campaign email:

Tonight, we made history.

We just got confirmation and I wanted to share the news with you first — we are officially on the ballot in Colorado!

This morning, we laid out our 50-state strategy. This is the first step on our road to victory, and there are many more to come.

We’ve only been campaigning for 72 hours, but we’re already proving the naysayers wrong. With your help, we’ll keep the momentum going through the rest of the country.

There is a better path, a better candidate, and a better future for America — and it starts right now. Let’s keep the momentum going!

It is also now being reported today that he is unofficially on the ballot in Utah as well.  Here is what Utah had to say about the petition-gathering process for Evan’s campaign:

The people of this country are excited to finally have a candidate they can vote for and support.  Here is how the campaign event in Utah looked with everyone crowding around Evan McMullin. 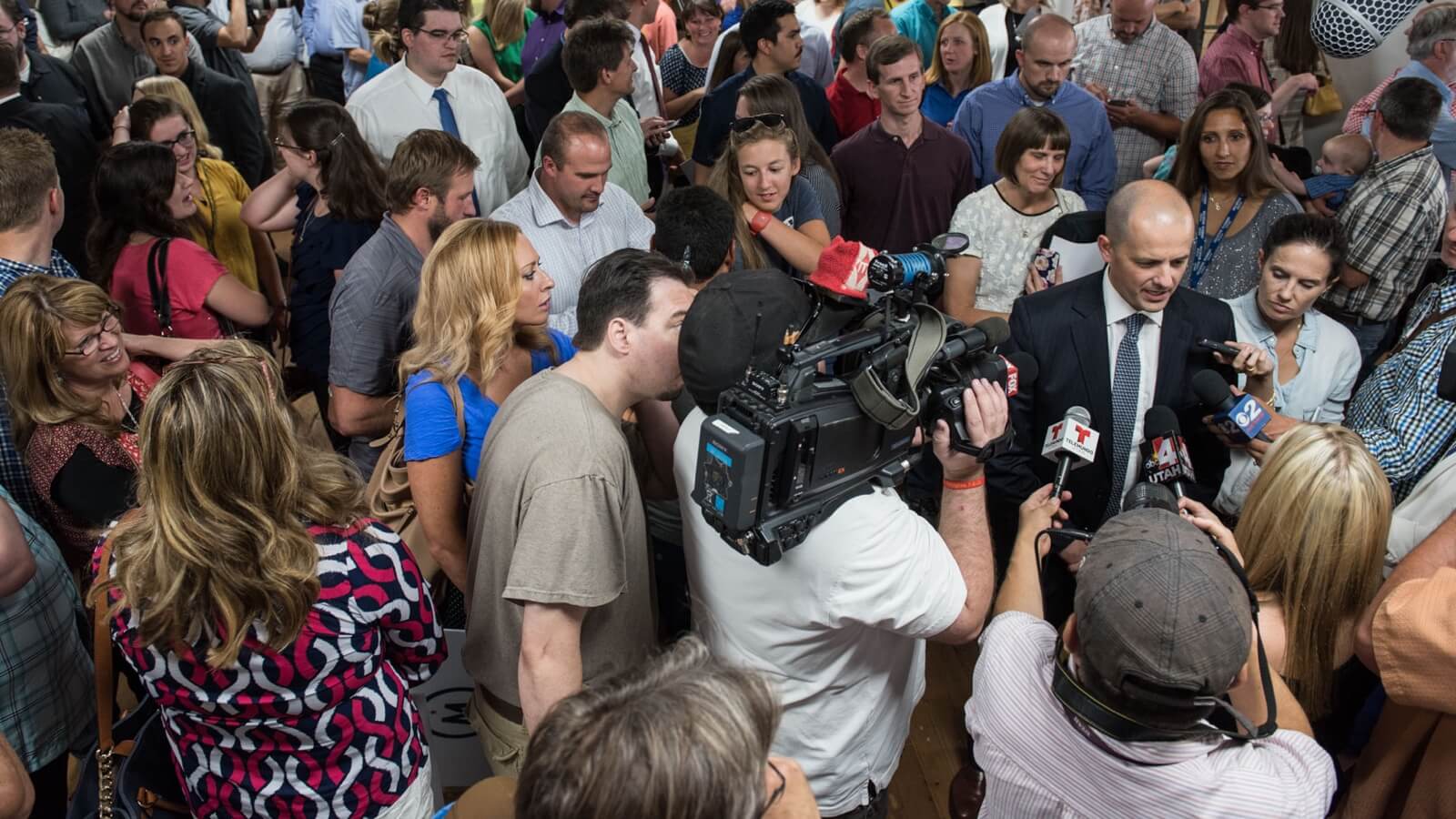 Just today, we got word that Evan has earned the nomination of the Independence Party of Minnesota! Working with them, we’ll give everyone a chance to vote for a candidate they can be proud of this Fall!

We’re officially on the ballot in one of the most pivotal states in our strategy — Utah!

Thank you to our volunteer team in Iowa! https://t.co/HJhXWWQ8AR #StandUpWithEvan

We’ve made tremendous progress in these first four weeks. From a cold start on August 8th, and thanks to the hard work of our volunteers, voters in 19 states will now be able to vote for Evan, including: Minnesota, Colorado, South Carolina, Louisiana, Utah, Arkansas, Iowa, Idaho, Virginia, Wyoming, Pennsylvania, New Jersey, Alabama, Oregon, New Hampshire, Rhode Island, Vermont, Ohio, and Georgia. And we expect to add more to that list in the coming days and weeks.

In Case You Missed It:  Conditions “worse” than Arab Spring coming to a city near you, warns UN food head amid worsening inflation
Posted in Freedoms and tagged Colorado, Conservatism, Election, Evan McMullin, Freedom, Governments.

Speaking with Arutz Sheva over Whatsapp, Rabbanit Yehudit Shilat, a social activist who works to prevent sexual harassment in religious...