A huge fight broke out between Muslim immigrants and native Corsicans after women wearing burkinis were photographed by a tourist. 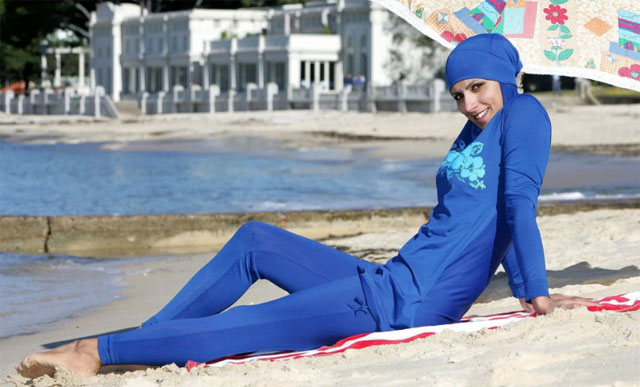 On Sunday August 14, 2016, Bernard Cazeneuve, French Interior Minister, issued the following statement after a violent clash between locals and Muslim immigrants on the island of Corsica:

“A violent confrontation, the circumstances and motives of which will be determined by a police investigation, erupted on Saturday evening in Sisco, Upper Corsica, between local residents and a group of around ten out-of-towners. The four people injured, including a pregnant woman, were evacuated to the hospital in Bastia. Their injuries are not life-threatening. Three vehicles were set on fire causing major disruption of traffic and a brush fire was rapidly brought under control.”

According to eyewitness accounts reported in the French media, on the evening of Saturday, August 13, a group of young Corsicans waged a battle with a group of Muslims at a beach next to Sisco. The fight broke out after women wearing burkinis were photographed by a tourist, provoking the Muslims to retaliate with insults and cries of ” Allah Akbar.”

They then began throwing stones at the tourists and a group of Corsican teenagers further along the beach. The Muslim men, aged around 40, then began to hit the teenagers, one of whom was wounded by a blow from a machete.

Several older Muslim men then arrived armed with axes and blades and attacked the Corsicans, aged from 15 to 18, on the beach. Following this, the parents of the Corsicans intervened and two of them were wounded with harpoons. People from a neighbouring village arrived, claiming their car tires had been slashed by Muslim women. In retaliation, the Corsicans overturned a car belonging to a Muslim and torched two others.

One of the Muslims shouted, “Just come and see us at Lupino” [a housing project in Bastia, capital of Upper Corsica]. Around 100 residents of Sisco gathered at the scene, but order was restored by an equal number of police officers, gendarmes and firefighters.

Scene from the fight on Corsica (Photo: Video screenshot)

On Sunday morning, a group of around 500 demonstrators gathered at the Bastia town hall, where a delegation met with local government officials. When they emerged from the meeting, the crowd chanted, “To arms, we are going to Lupino because this is our homeland.”

Scenes from the fight (Photo: Courtesy)

The demonstrators then headed for a housing project in the Lupino neighbourhood. One of the demonstrators declared, “The attackers live here. We will show their brothers, friends and everyone they know that we will not tolerate these kinds of acts in our land.”

The crowd was barred from entering by gendarmes. They continued on to the hospital in Bastia, where stones were thrown at police vehicles. Ange-Pierre Vivoni, the mayor of Sisco, appealed for calm.

On Monday, August 15, after a meeting of the Sisco municipal council, he issued a decree banning  burkinis. He also cancelled the festivities planned for August 15, a public holiday in France.

Relations between Corsicans and Muslims have been on a knife-edge since Christmas 2015, when firefighters were lured into an ambush in a Muslim neighbourhood of Bastia. When they arrived to put out a fire, they were attacked with rocks and petrol bombs.

The following day hundreds of Corsicans went to the neighborhood looking for the culprits and ransacked the local mosque. In April 2016 a prayer room was set on fire in Mezzavia.

These incidents show that forced multiculturalism has failed in Corsica and could be a prelude of things to come on the French mainland. The mayor of Sisco described the incident at the origin of the violence as “trivial” but it is not. To French and other European hard-line secularists, the burkini is a deliberate and aggressive symbol of the refusal of Salafist Muslims to adapt to the French way of life.

It is inevitable that such hostility to the culture of a host population will provoke inter-community tensions and violence.

Leslie Shaw is an Associate Professor at the Paris campus of ESCP Europe Business School and President of FIRM (Forum on Islamic Radicalism and Management).
In Case You Missed It:  9-11-2001 NEVER FORGET
Posted in Terrorism and tagged Burkini, Crime, France, Islam, Jihad, Muslims, Terrorism.

A website called Real. True. News. (RTN) published an interview on August 7, between RTN‘s Max Insider and an unnamed...