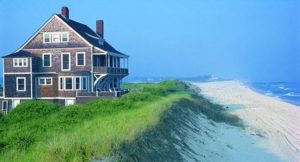 One month ago, we said that “it is not looking good for the US housing market”, when in the latest red flag for the US luxury real estate market, we reported that sales in the Hamptons plunged by half and home prices fell sharply in the second quarter in the ultra-wealthy enclave, New York’s favorite weekend haunt for the 1%-ers.

Reuters blamed this on “stock market jitters earlier in the year” which damped the appetite to buy, however one can also blame the halt of offshore money laundering, a slowing global economy, the collapse of the petrodollar, and the drastic drop in Wall Street bonuses. In short: a sudden loss of confidence that a greater fool may emerge just around the corner, which in turn has frozen buyer interest.

We concluded this is just the beginning, and sure enough, several weeks later a similar collapse in the luxury housing segment was reported in a different part of the country. As the Denver Post reported recently, high-end sales that fuel Aspen’s $2 billion-a-year real estate market are evaporating, pushing Pitkin County’s sales volume down more than 42 percent to $546.45 million for the first half of the year from $939.91 million in the same period of 2015.

The collapse in transactions means that Aspen’s high-end real estate market “one of the most robust in the country, with dozens of options for buyers ready to spend more than $10 million” finds itself in its first-ever sustained nosedive, despite “dense summer crowds, soaring sales tax revenues and high lodging occupancy.”

Like in the Hamptons, the question everyone is asking is “why”? There are many answers:

Ask a dozen market watchers why, and you’ll get a dozen answers. Uncertainty around the presidential election. Fear of Trump. Fear of Clinton. Growing trade imbalances with China. Brexit. Roller-coaster oil prices. Zika. Wobbling economies in South America. The list goes on.
“People are worried about all kinds of stuff these days,” says longtime Aspen broker Bob Ritchie. “I’ve never seen anything like this before.”

The speed of the collapse has been stunning. Until just last year, the local market was beyond robust, with Pitkin County real estate sales hitting $2 billion in 2015, a 33% annual increase driven largely by sales of homes in Aspen, where prices average $7.7 million.

In Case You Missed It:  Why Progressive Activists Want to Silence the Truth About Climate Change

This year, however, “a slowdown in January turned into a free fall.” Sales volume in Pitkin County is down 42%, according to data compiled by Land Title Guarantee Co. 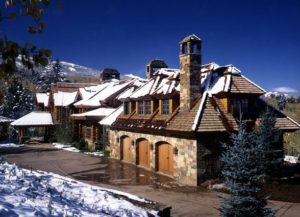 Almost all of that decline is coming from Aspen, where the market is frozen. Sales in the Aspen-Snowmass market in the first half of the year were the bleakest since the first half of 2009, and inventory soared to levels not seen since the recession.

The statistics are stunning: single-family home sales in Aspen are down 62% in dollar volume through the first-half of the year. Sales of homes priced at $10 million or more — almost always paid for in cash — are down 60%. Last year, super-high-end transactions accounted for nearly a third of sales volume in Pitkin County.

“Aspen has never experienced such a sudden and precipitous drop in real estate sales,” according to the post.

Worse, it’s not just the collapse in the number of transaction: even more disconcerting for brokers who have always trumpeted Aspen as a safe and lucrative place to park a huge pile of money: Prices are dropping.

In the first half of this year, the average price per square foot of Aspen homes dropped 22 percent to $1,095 from $1,338 in 2015. Recent Aspen sales also closed at more than 15 percent below listing price, a rare discount.

Some brokers suspect that the frenzied sales and pricing pace of 2015 was not sustainable. The present decline is a correction, they say. “I think a lot of people thought we would go to the next level in 2016. Take the next step up and that step got resistance from buyers,” said longtime Aspen broker Joshua Saslove, who just put an Aspen home for more than $10 million under contract. If it closes, it will be just the fourth sale above $10 million in Aspen this year, compared with more than a dozen by this point last year.

“I think a lot of developers thought they would push their, say, $5 million properties to $6 million this year, but no one is buying,” Saslove said. “I don’t see that nonchalance or cavalier attitude any more.”

To be sure, Saslove is hoping that a rebound is coming; that however, may be overly optimistic and first far more pain is in store especially if one considers what is taking place in yet another formerly red-hot housing market, where suddenly things are just as bad, because as Mansion Global reports…

According to the latest report by the Miami Association of Realtors, the local luxury housing market is just as bad, if not worse, than the Hamptons and Aspen.

The latest figures out of Miami this week showed residential sales are down almost 21% from the same time last year. But as bad as this double-digit decline may seem, it pales in comparison to what’s happening at the high end of the market.

A closer look at transactions for properties of $1 million or more in July shows just 73 single-family home sales, representing an annual decline of 31.8%, according to a new report by the Miami Association of Realtors. In the case of condos in the same price range, the number of closed sales fell by an even wider margin: 44.4%, to 45 transactions.

The Miami housing market, and its luxury segment in particular, has been softening for the past year with high-end condos sitting on the market for twice as long as they did a year ago and sellers offering bigger discounts amid an increased supply.

In July, townhouses and condos of $1 million or more waited, on average, 162 days for a buyer, a 1.9% increase over a year ago and the longest time of any other price range, according to the report.

As in the previous two markets, the locals want something to blame, in this case the strong dollar, which has significantly increased the value of properties in other currencies, has been blamed, and perhaps rightfully so as sales to foreigners—an important client base, since international buyers acquire more homes in Florida than in any other state, according to the National Association of Realtors – have tumbled.

Real estate appraiser and data expert Jonathan Miller said that Miami is behaving like most of the rest of the U.S. housing market, which is in fairly good shape overall “but soft at the top.”

As noted here over the years, In the case of Miami, like in other most other coastal markets such as New York and Los Angeles, the housing boom was heavily boosted by foreign buyers, who used US luxury real estate as their new form of anonymous “offshore bank accounts” courtesy of the NAR’s exemption from Anti-Money Laundering Provisions. However, after the recent drops in commodity prices and the spike in the USD, they have scaled back their purchases.

“The international component is not as intense,” Mr. Miller said.

Depsite the slowdown deals are still being done, with cash the preferred form of payment of foreign buyers in the U.S., – some 43% of all sales in Miami in July were closed in cash, however down from 48.1% the same month last year, according to the latest figures.

Other potential buyers are also stepping back: cash sales for townhouses and condominiums, an indicator of investor activity, hit their lowest level in a year last month: 633 transactions, representing a 30.4% year-over-year decline, according to the report.

As for the forecast for the coming months, sales activity doesn’t look likely to surge. There were 1,272 pending sales of townhouses and condos in Miami in July, which means 25.4% fewer transactions waiting to close than in the same month in 2015 and the lowest number so far this year. Meanwhile, as a result of a building boom, luxury condo inventory is up 47.8% from last year, with 2,482 units worth $1 million or more waiting to change hands; this means that sellers of high-end condos will continue to face stiff competition, prompting even fewer transactions and/or lower prices.

So far, the collapse at the luxury end has failed to transmit to the broader market, less impacted by lack of foreign demand, however as we documented two weeks ago, it is only a matter of time before the overall US housing market suffers as well. The only question is whether the NAR and the US Census Bureau, who tabulate the “goal-seeked”, seasonally adjusted data, will admit it before or after the presidential elections. The likely answer: it depends on who the next president is.

Team Obama’s new low in the name of ‘trans rights’

One of the top guardians of American freedoms just entered the fight against the Obama administration’s insane excesses in the...