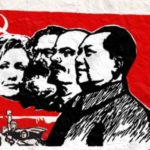 For some weeks, now, we have been hearing the message that electing Hillary Clinton would result in four more years of the dismal Obama Administration policies and unconstitutional edicts. Many knowledgeable individuals, including our esteemed editor, have been making this prediction.

However, it is this author’s considered opinion that what we would be facing would be far, far worse. The author believes that a Hillary Clinton presidency would bring about the end of constitutionally protected individual freedom in America.

All governments have one thing in common and that is power or the ability to tell those under its authority what they can, can’t and must do and back it up with force. Obviously, in a civilized society or nation, a certain amount of governmental power is necessary to provide certain services and to protect citizens from other citizens that might do them harm. However, it is the extent of that power and how those in government use it that determines, more than any other factor, the quality of life in any society or nation. Understanding this, the founders of America went to great efforts to limit the power of government.

Lenin, Stalin, Hitler, Mao Tse-tung, and Pol Pot all of which attained and held power simply for power’s sake.

Our current crop of “Establishment Republicans” provides a good example of the above first category of many in government. They enjoy holding office with the attendant perks and prestige but actually accomplish very little. Those in the second category use their power to pursue their agendas and generally succeed or fail based on the acceptance of their particular agenda(s) by the citizens. Agenda driven individuals ranging from dedicated Socialists to the leaders of the Tea Party movement are examples of this category. Examples of those in the third category are really just criminals looking to line their pockets and those of their cohorts. To these, power is simply a means to the end of acquiring money. It is those who seek power for power’s sake, though, that present the greatest danger as they will do almost anything to attain power and will certainly do absolutely anything to retain it. Twentieth century examples of such individuals include Lenin, Stalin, Hitler, Mao Tse-tung, and Pol Pot all of which attained and held power simply for power’s sake. It is the author’s opinion that Hillary Clinton is potentially, just such an individual.

What type of individual is it that seeks power simply for power’s sake? Some years back the psychologist, Nathaniel Branden, described such people as sociopaths whose personality development in effect stopped somewhere during their “terrible twos” and their total focus remained inwardly directed. Branden also went on to describe them as lacking the capability of achieving personal fulfillment through actual accomplishment as their only sense of pleasure came from holding and exercising power over others. Both of these characteristics fit Hillary Clinton to a “T”. She has never actually accomplished anything of any note and, if the several recently published exposés are even close to being accurate, she certainly appears to take great pleasure from exercising her power over those beneath her.

What drives Hillary’s lust for power? Contrary to the opinions of many, Hillary is not a Liberal, nor is she a moderate and certainly not a conservative. Actually, she does not hold any political philosophy outside of what she thinks might get her closer to the level of power she so desires. Certainly, Hillary appears to support liberal ideas more often than she does moderate or conservative ones, but that is simply because liberals are always on the side of more power in the hands of government. However it is interesting that, during the presidential election of 1964, Hillary was a “Goldwater Girl”. Then, a short five years later, she wrote her college senior thesis on Marxist Radical, Saul Alinsky.

Hillary believes in one thing and that is doing whatever it takes for her to achieve power. It is only partly in jest that the author postulates that should Hillary ever get the idea that becoming a “Born again Christian” and “Tea Party Member” would get her one millimeter closer to the power she so desires, we would see her the next day wearing an ecclesiastical robe with a Bible in one hand and the Constitution in the other touting both while not believing a single word of either.

Some years back the author recalls a quotation that said, in effect, “Whoever seeks power for power’s sake must ever be denied it.” In searching files of quotations to date, the source has not been found. Hopefully a reader might be able to help in that search and so advise the author. That being said, the warning expressed in that quotation is absolutely valid and understanding it has never been more critical than it is, today. It is the author’s firm belief that Hillary Rodham Clinton literally lusts for nothing less than the unlimited power to be able tell everyone what they can, can’t and must do and to be able to back up her orders with force, including lethal force. Hillary, just as did the five “notables” listed above, seeks power for power’s sake and, should she ever be allowed to achieve it, will use it exactly as did they.

For the past seven plus years our Constitution’s limits on government power have literally been under nearly constant assault. Barrack Obama has repeatedly ignored clear Constitutional limits and has expanded the role and power of the Executive Branch of our government to replace “rule of law” with “rule of man”. As bad as Obama’s constant abuses of power have been, in the author’s opinion, they would prove to have been nothing more that “trial balloons” to see what he could get away with while under a Hillary Clinton presidency, expansion of her power will know no bounds.

Hillary will be 69 years old in October and often appears to be of somewhat questionable health. As such, if elected she would have little reason to move slowly toward her goal of unlimited power. What would Hillary’s first assaults on our freedoms be?

In Case You Missed It:  Ten OMICRON "variant" predictions for 2022 and beyond... globalist authoritarian playbook stripped naked
Posted in Freedoms and tagged Clinton, Freedom.