News just get worse and worse for the criminal Clinton crime family. 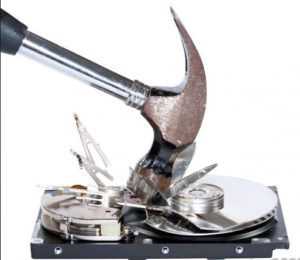 The incomplete records of the Hillary Clinton email investigation released by the FBI raise questions about the conduct not only of Clinton but of her top aides and the staffers working under their direction. Perhaps the most serious is whether the Clinton team destroyed evidence which they were under legal order to save and produce to congressional investigators. 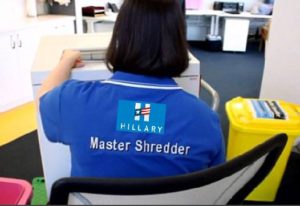 Out of a massive investigation, the FBI has released just two documents: a heavily-redacted version of its summary report and a writeup — the so-called 302 — from agents’ July 2 interview with Clinton. The rest, including reports from interviews with other players, remains secret, although the FBI has shared it with Congress, with redactions and under tight viewing restrictions.

Shortly after the two documents were released on the Friday afternoon before Labor Day, Rep. Trey Gowdy, chairman of the House Select Committee on Benghazi, sent out a statement suggesting he does not believe the documents tell the full story, and that if the full story were told it might suggest wrongdoing on the part of the Clinton team.

“The FBI selectively releasing Secretary Clinton’s interview summary is of little benefit to the public unless and until all relevant documents and witness interview summaries are released,” Gowdy said. “The public is entitled to all relative information, including the testimony of the witnesses at Platte River Networks, the entity which maintained the private server. The public will find the timeline and witness responses and failures to respond instructive.”

I am watching you Hillary.

In Case You Missed It:  Why Using The Term White Supremacy Is Wrong!
Posted in Freedoms and tagged Clinton, Crime, FBI.

German Chancellor Angela Merkel's Christian Democrats were beaten into third place by the anti-immigrant and anti-Islam Alternative for Germany (AfD)...