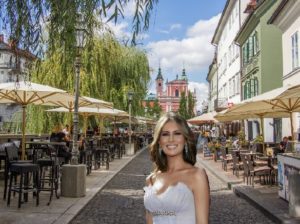 Liberals are vetting a possible 1st Lady more than they did the Kenyan Muslim who he just got caught shipping $400,000,000 to the number one exporter of terrorism. Then there is the email deleting criminal that just lied about her lying on a Sunday Fox News interview.

There is not a whole lot to say on Mrs. Trump’s immigration history. The Politico article is a shoddy piece of journalism, where the authors have raised theories but have done no research to confirm their theories. Mrs. Trump claims to have received an H-1B visa in 1996. However, she did a photo shoot in the United States in 1995. Therefore, according to Politico, Mrs. Trump could have been working in the United State illegally.

Some news outlets, such as the San Jose Mercury-News, have boldly proclaimed, “If she was in the United States on a visitor’s visa, she wouldn’t be allowed to work.” Unfortunately, that is a very narrow view of the law.

What you can do under a B visitor visa is a gray area of the law. The State Department has published guidelines about it.

Because the news media has dug up few facts, we (and they) can only speculate on what might have happened. For example, let us suppose that in 1995 a modeling agency in Europe hired Mrs. Trump to do a one-week photo shoot in New York. Such an arrangement would fit the guidelines the State Department has put down for a B visa.

Alternatively, I could easily invent a set of facts that would suggest something illegal. However, at this point this entire line of analysis requires inventing theories.

There is also a suggestion that Mrs. Trump did not have an H-1B at all because Mrs. Trump said she was going back and forth to Slovenia for her visa. However, Mrs. Trump apparently received permanent residency in 2001, before she married Mr. Trump. That suggests (but does not prove) that Mrs. Trump, in fact, had an H-1B visa.

This story does raise some issues above and beyond the shoddy reporting at Politico.

First, I have complained for decades about the poor data collection and reporting at USCIS. We cannot even determine who is getting H-1B visas, where the aliens are, what they are doing, and what they are supposed to be paid. Assuming that Mrs. Trump, in fact, did violate visa rules two decades ago, finding evidence to prove that would be nearly impossible.

The correct answer is that, if the Politico’s speculation is true, Mrs. Trump would have been an “unauthorized alien.” In the law, we have terms like “illegal alien” and “unauthorized alien” that have specific meanings. The folks in the press do not like the legal terms and invent their own misleading terminology. This affair illustrates the folly of such political correctness.

Third, I find that immigrants frequently describe their immigration process in ways that are incompatible with the law. It is not because they are lying, but rather because they do not understand the overly complicated process.

Fourth, the State Department, INS, and USCIS have pushed the bounds of alien work authorizations. Currently in the news we have the DAPA and DACA programs. Even if we limit our discussion to the B visa, there are numerous examples of the executive branch allowing extensive employment on B visas. The State Department created the “B in Lieu of H-1B” program (BILOH). My employer in the mid-1990s was using B visas in place of H-1B visas. The aliens would leave the country when the visa expired and get a new one (as the “news” articles suggest Mrs. Trump was doing). The INS was aware that this was going on and did not care one bit.

At this point, Politico has a theory but few facts that support the theory.

Seems we all belong to the same race after all, the Human race. Lets not let the liberals divide us...