After the destruction of Iraq and the end result being a terrorist haven, Obama and the globalist leaders of the world put their sites on regime change in Syria.  The west was arming the Free Syrian Army (FSA) units and various terrorist groups at the beginning of the conflict.

Western leaders wanted to unseat Saddam Hussain, then they wanted to interfere in Yemen, Libya and Egypt. So, to understand what is happening in Syria, one has to look at the pattern of the foreign policy.

NATO’s toppling governments in the name of freedom and democracy has ended in the results below, then Obama, Merkel and the pathetic globalist speak of the poor high risk migrants, they are the one squarely to blame for them having to flee the middle east into the west, flooding our cities with their barbaric backwards ideology of Islam, terror and rapes will follow.

Here is what the globalist policy has done to Syria, the question is will your city be next? A vote for Clinton might be more dangerous than a game of Russian Roulette.

Before-and-After Pics Reveal What NATO Has Done to Syria, NATO and Barack Hussein  Obama have literally handed over the middle east to Jihadist. 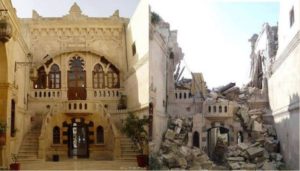 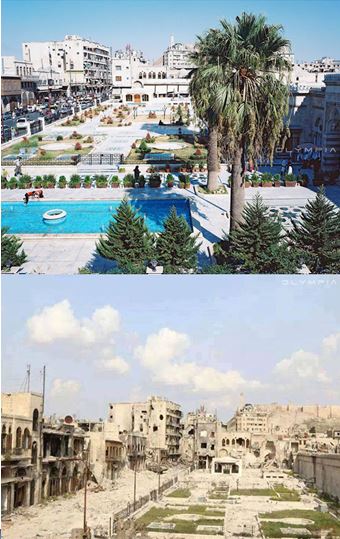 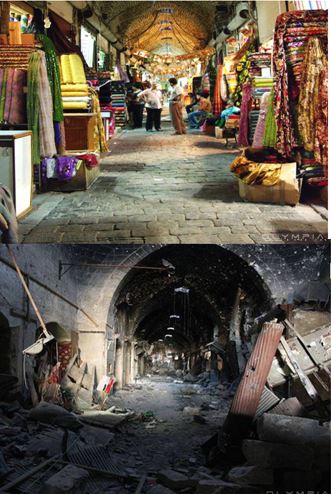 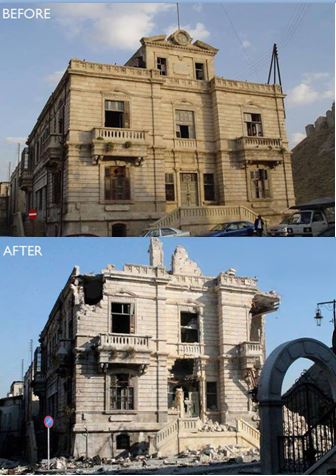 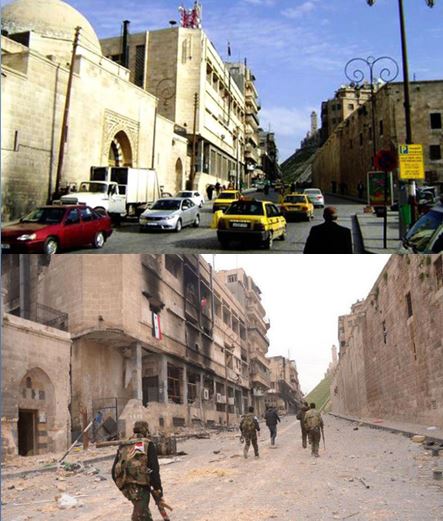 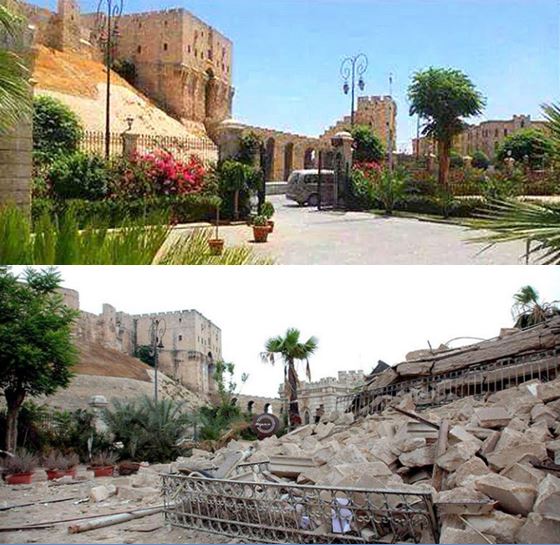 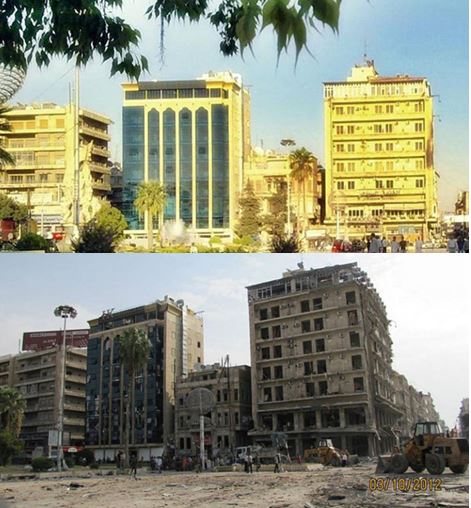 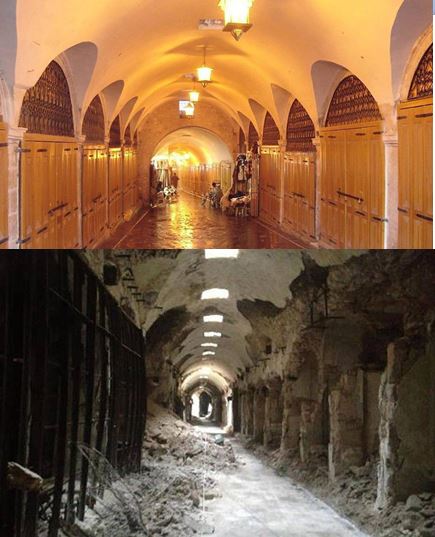 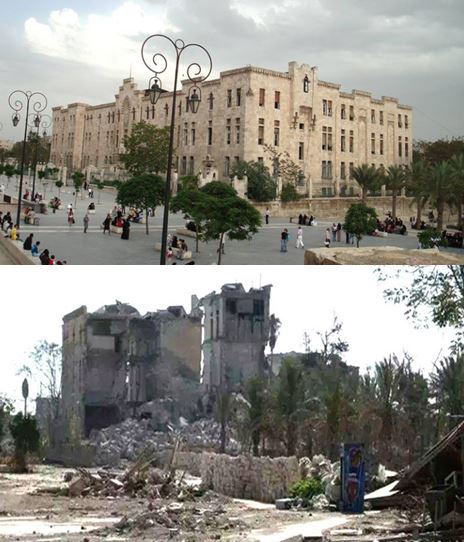 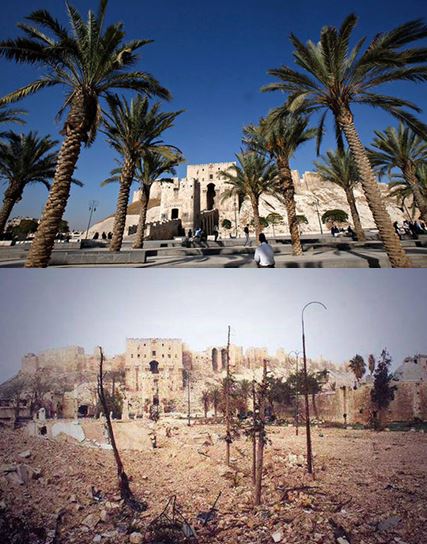 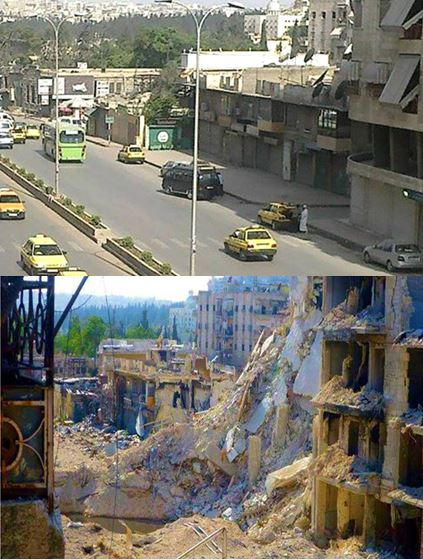 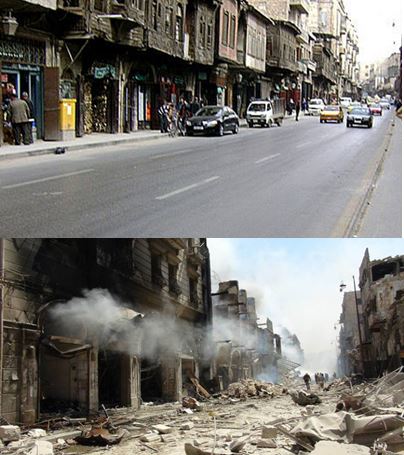 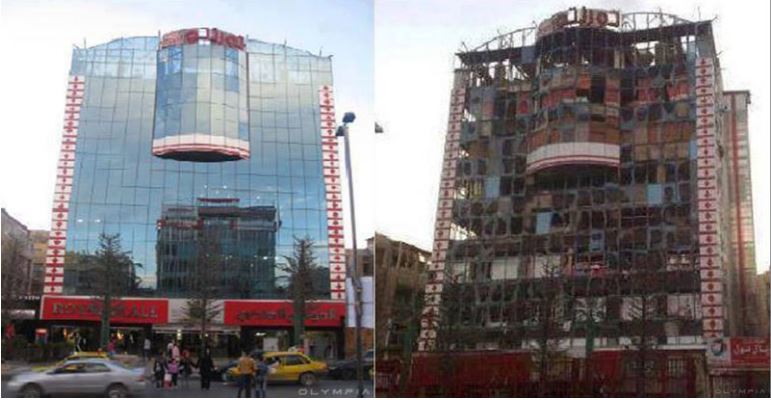 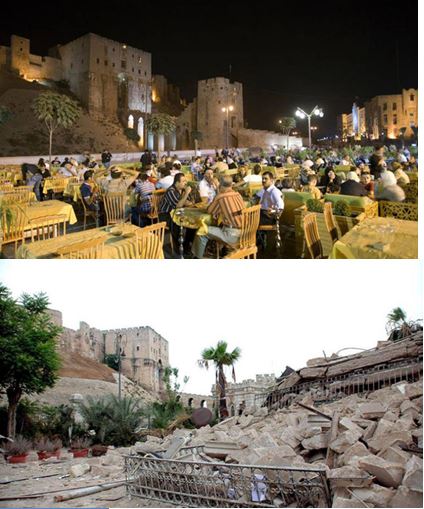 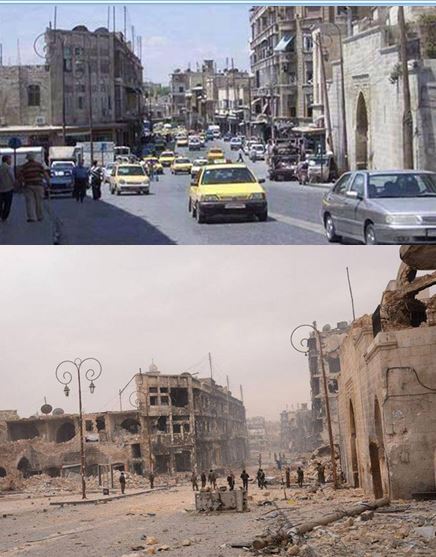 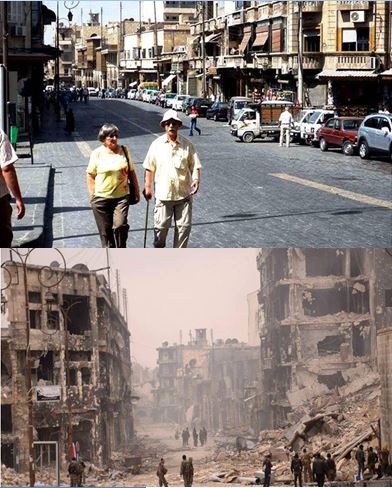 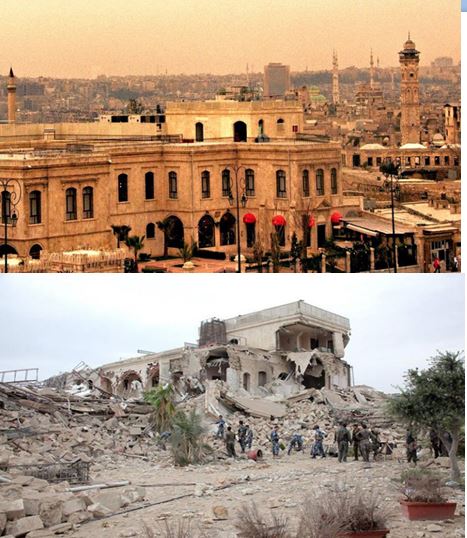 A Prophecy Against Damascus

17 A prophecy against Damascus:

“See, Damascus will no longer be a city
but will become a heap of ruins.
2 The cities of Aroer will be deserted
and left to flocks, which will lie down,
with no one to make them afraid.
3 The fortified city will disappear from Ephraim,
and royal power from Damascus;

In Case You Missed It:  “Did You Lie?” — EPIC! Kevin McCarthy is Confronted by Actual Reporter Over Leaked Tape that He Wanted Trump to Resign (VIDEO)
Posted in Terrorism, Tyranny and tagged Christian Genocide, Clinton, NATO, Obama, Syria.

News just get worse and worse for the criminal Clinton crime family. The incomplete records of the Hillary Clinton email...