Facebook and Mark Zuckerberg have made a clear and indefensible habit of appeasing militant radical Islam.

The latest piece of evidence that paints a clear picture of Zuckerberg’s apparent pro-Islamist sympathies comes in the form of Facebook permanently banning Shireen Qudosi, a pro-Western Muslim reformist, on Wednesday.

According to the Clarion Project, “Mauro was subjected to a silencing campaign by the Muslim Brotherhood-linked Council on American-Islamic Relations (CAIR), which attempted to shut down the training sessions by inundating the police with complaints.”

CAIR is an Islamist advocacy organization which has been criticized for potential ties to terrorist groups, including Hamas. It was designated by the FBI as co-conspirator in the Holy Land Foundation trial — the largest terrorism financing trial in American history.

Qudosi was attacked on Facebook by CAIR supporter and Islamist sympathizer Javed Ali, who allegedly subjected her to a sustained campaign of harassment via the social media website. Ali is an archetypal Islamist wolf in secular sheep’s clothing, purposely pushing the lie that Western values are compatible with Islamic ones.

After the misogynistic Islamic abuse became too much for Qudosi, she published screenshots of his abuse with an accompanying post railing against her abuser. “Women being beaten with sticks by the Taliban isn’t the only thing Muslim women deal with,” she wrote. “We also deal with ‘respected’ members of the community like Javed Ali’s attacks and harassment right here at home.”

It was that post which first got Qudosi suspension and then an outright ban for “violating Facebook’s Community Guidelines.” That Facebook would ban a secularized Muslim woman for speaking out against an abusive Islamist troll is bad enough — but it is just one example in what appears to be a worrying trend of the social media site censoring any and all criticisms of Islam.

In January 2016, following the Orlando shooting, Facebook banned the page of LGBT magazine Gaystream for highlighting the obvious link between Omar Mateen and radical Islam.

Also in June, Breitbart reported that German page XY-Einzelfall, which mapped all reported migrant and asylum-seeker committed crimes in that country, was “shadowbanned” by Facebook. Shadowbanning is when a social media site doesn’t remove a user, but takes measures to ensure that user’s posts and messages are hidden from public view.

In early August, Toni Bugle, the founder of Mothers Against Radical Islam and Sharia (MARIAS), a support group for victims of Islamic rape gangs in England, earned herself a 30-day suspension from Facebook for “Islamophobia.”

“I think Facebook is targeting anybody who says anything that may be even remotely derogatory towards Islam,” Bugle said at the time. “Yet I have myself reported pages where they’ve been defending ISIS,” she added. “They’ve been calling for jihad on the West. And I’ve reported it to Facebook and it’s come back ‘this is not in breach of Facebook terms and conditions,'” she noted.

Facebook seems to make no effort whatsoever to censor the anti-Western, anti-Christian, and anti-Semitic posts of radical Muslims — and this only highlights the extent to which they take pains to silence all criticisms of Islamic terror.

In January 2016, Israeli legal group Shurat HaDin posted a video detailing a test they conducted called “The Big Facebook Experiment.” The organization created two phony, radical Facebook groups with practically identical content, but one was pro-Jewish/Israeli while the other was pro-Arab/Palestinian.

“On Dec. 29, the group began uploading content inciting violence on each page, slowly ratcheting up the violent words and imagery in each, including use of the phrases ‘death to all the Arabs’ and ‘death to all the Jews,'” TheBlaze reported.

Of course, only the pro-Israeli page was taken down for “violating Facebook’s community standards,” while the pro-Palestinian page — which included a cartoon depicting a crocodile with the Star of David on it and the Al-Aqsa mosque inside its mouth with the caption “death to all the Jews” — remained.

Facebook’s claims of equal application of its community standards “are at best erroneous and false in the worst case,” the organization said. 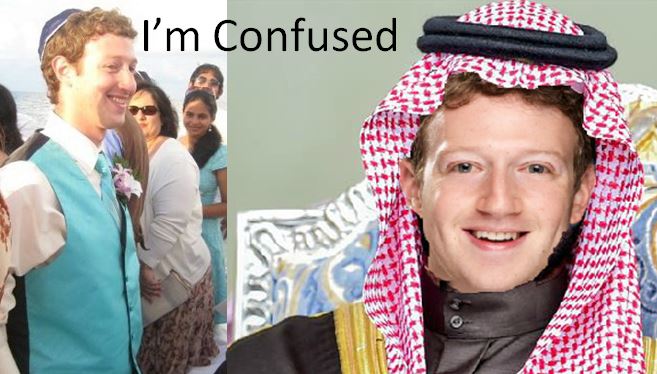 How Pope Francis Betrayed His Name

By Raymond Ibrahim When Cardinal Jorge Mario Bergoglio became the new Catholic pope in 2013, he chose the name of Francis...