The old joke, “He’ll do anything for the worker except become one,” may apply to the Democratic Party and its modern-day leaders. The days when Democrats represented the working man are gone. Today, Democrats are more likely to preserve fish than jobs.

A case in point is President Obama’s unilateral designation of 600,000 square miles of water around Hawaii as a national monument. The rationale for destroying jobs and devastating fishing communities is global warming.

“It’s a good time to be a fish” says the website of Global Citizen. Human beings aren’t faring so well.

It’s no secret that the Democratic Party’s hold on the white working class is weakening. It’s an open secret that Donald J. Trump has expanded on Ronald Reagan’s appeal to so-called Reagan Democrats. Whether he can appeal to blacks who overwhelmingly vote Democratic is another issue. Their habitual deference to the Democratic Party, when their communities have been devastated by liberal policies, is shocking to behold.

The attack on workers shows no sign of weakening. Obama and the Democrats seem to be more interested in pandering to elites enthralled with the latest version of the global warming theory than to the workers in need of bread to feed their families.

The destruction of the coal industry, an openly announced objective of President Obama, is currently underway. “Since reaching a peak in September 2014, employment in mining has declined by 223,000, with losses concentrated in support activities for mining,” reports the Bureau of Labor Statistics.

Now Obama has turned his sights on the fishing industry.

“Obama creates the largest protected place on the planet, in Hawaii,” proclaimed The Washington Post. Job losses were briefly mentioned in the body of the piece.

The Post quoted White House press secretary Josh Earnest as saying that Obama “would be happy to sign into law a piece of legislation that would have protected these waters, but we haven’t seen that kind of legislative activity in this Congress, and it means the president has had to make more effective use of his executive authority.”

The Post failed to explain where in the Constitution a president is given the right to make a law when Congress doesn’t do what the president demands.

One version of the global warming theory, which rationalizes these jobs losses, originated with marijuana advocate Carl Sagan, who was also an astronomer. Before he came to believe the Earth was inhabited by a spirit called Gaia, Sagan was writing about the virtues of dope and “the cannabis experience.” He explained, “I do not consider myself a religious person in the usual sense, but there is a religious aspect to some highs. The heightened sensitivity in all areas gives me a feeling of communion with my surroundings, both animate and inanimate.”

It may have been during a “high” that he felt at one with the earth spirit Gaia and came to believe, despite his scientific training, that climate changes of some kind or another were threatening the health

Pot heads are susceptible to all kinds of wacky theories. So it is no surprise that before he popularized the global warming theory, now known as climate change, he was utilized by the Russians to spread the idea that a “nuclear winter” would devastate the planet. This idea was floated in order to argue against improvements in the U.S. nuclear arsenal.

All of these various theories are designed to convince the United States that global institutions and international agreements are the only way to save mankind from utter destruction.

Comrade J, a blockbuster book about Russian espionage written by former Washington Post reporter and author Pete Earley, explains how the Soviet KGB peddled charges that deployment of U.S. nuclear weapons to Europe in the 1980s might lead to their use and a “nuclear winter,” or climate crisis, for the world. The book says the story was cooked up by the KGB and fed to the Western world by anti-nuclear activists such as Carl Sagan, who penned an article on the topic for the Council on Foreign Relations journal Foreign Affairs. The book notes that Sagan later appeared on the ABC television network to talk about the subject.

Sergei Tretyakov, a former Russian spy who defected in New York in 2000 and who Earley wrote about in his book, said he discovered “dozens of case studies” of the KGB using “propaganda and disinformation to influence public opinion” in the West.

The prospect of a “global chilling” soon gave way to “global warming,” and now “climate change.” It’s the latest attempt to con people into believing that human activities on the earth could fundamentally alter 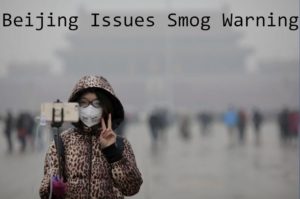 the earth’s climate and doom humanity.

Obama, now in Communist China for the G-20 meeting, has accepted a new and improved version of communist disinformation. He wants the American people to believe that the rulers in Beijing are going to comply with a new climate change agreement to restrict their own industries, which drive their military buildup.

Senator James Inhofe (R-OK), chairman of the Senate Environment and Public Works (EPW) Committee, says, “Now we find ourselves celebrating an agreement where the world’s largest carbon emitter, China, is permitted to increase their emissions until 2025 and to continue bringing a coal-fired power plant online every 10 days. We even turn a blind eye to the fact that China lied about its carbon emissions when it first came to the table with its pledge last year.”

Not only does Obama violate the Constitution and abuse his executive powers, he does so to serve the purposes of Communist China. It is another disgraceful part of the Obama legacy.

The fact that this happens on Labor Day in the U.S. only rubs salt in the wounds of American workers losing their jobs to Chinese slave labor.

In Case You Missed It:  Sunny Hostin Of ‘The View’ Mocks Herschel Walker Voters: ‘Who Are These People?’ (VIDEO)
Posted in Tyranny and tagged China, Communism, Global Warming, Made in China, Obama, Slavery, Trade.

By Chuck Lehmann Every time another damaging item of scandal comes to light about Hillary Clinton, a gaggle of Hillary...