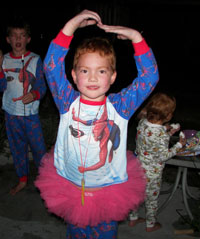 A 4-year-old child in Australia has begun the process of having a sex change with financial assistance from the New South Wales Department of Education even though the child hasn’t yet started kindergarten. Many critics are warning the government that the child is too young to make such consequential life decisions.

According to the Australian newspaper The Daily Telegraph, the NSW Department of Education has revealed that the child is the youngest person in the country to be in the process of transitioning genders for eventual gender reassignment.

Although the child has yet to even begin first day at kindergarten, the NSW education department will assist the child and the family by using funds from the the department’s Safe School program.

The Daily Telegraph reports that the case of the 4-year-old came to light during a hearing on state government budget estimates, which focused on the Safe Schools program.

NSW deputy secretary of school operations Gregory Prior said during the hearing that there are “a number of ­students who are going through gender transition in our schools, with the youngest being a 4 year old at the moment.”

“Without breaching privacy, we have a 4 year old who is transitioning to kindergarten next year who has identified as transgender,” Prior said. “The Safe Schools is only one resource that can be used from a variety of resources in how we would support that family, student and school to accommodate a child going through transition.”

The education department did not disclose any personal details about the 4-year-old’s case, such as which gender he or she is transitioning to. But according to Yahoo, the child is hoping to complete the gender transition by 2017.

The school district has received some criticism over its decision to support the gender transition of such a young child. Criticism has even come from people who would consider themselves to be pro-LGBT.

Australian transgender rights advocate Catherine McGregor, who has spoken out in the past about the radical left-wing agenda of the Safe Schools program, told The Daily Telegraph that she is surprised by the news and said that there needs to be checks in place to make sure no premature mistakes are made that would haunt the children for the rest of their lives.

“I would have thought 4 is pretty young for any official policy support,” she said.

Liberals push brainwashing children about homosexuality as young as kindergarten, fourth graders will receive instruction about incest. The goal is to teach students about homosexual, bisexual, and transgender identity.

“Starting in kindergarten, students will be taught about same-sex or gay marriage and the parents will not be able to opt out,” Andrea Lafferty, president of the Traditional Values Coalition, told CBN News.

Reality is when children who reported transgender feelings were tracked without medical or surgical treatment at both Vanderbilt University and London’s Portman Clinic, 70%-80% of them spontaneously lost those feelings.

2 Thessalonians 2:10-12 “10 and with all unrighteous deception among those who perish, because they did not receive the love of the truth, that they might be saved. 11 And for this reason God will send them strong delusion, that they should believe the lie, 12 that they all may be condemned who did not believe the truth but had pleasure in unrighteousness.

Sex change” is biologically impossible. People who undergo sex-reassignment surgery do not change from men to women or vice versa. Rather, they become feminized men or masculinized women. Claiming that this is civil-rights matter and encouraging surgical intervention is in reality to collaborate with and promote a mental disorder.

Holidaymakers were forced to endure a terrifying two-hour flight alongside a migrant who repeatedly screamed ‘Allahu Akbar’ and ‘death is...