Chaos would ensue if a vacancy emerges near Election Day. 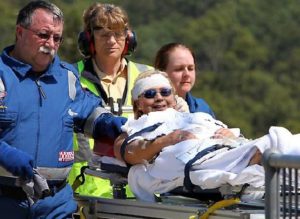 Speculation as to Hillary Clintons health, especially as she started convulsing and then collapsed while trying to get into a van on Sept 11th, also stir of the possibility Donald Trump is assassinated.

Obama could stay in control if either of them pass away before the election.

The presidential election could be delayed or scrapped altogether if conspiracy theories become predictive and a candidate dies or drops out before Nov. 8. The perhaps equally startling alternative, if there’s enough time: Small groups of people hand-picking a replacement pursuant to obscure party rules.

The scenarios have been seriously considered by few outside of the legal community and likely are too morbid for polite discussion in politically mixed company. But prominent law professors have pondered the effects and possible ways to address a late-date vacancy.

“There’s nothing in the Constitution which requires a popular election for the electors serving in the Electoral College,” says John Nagle, a law professor at the University of Notre Dame, meaning the body that officially elects presidents could convene without the general public voting.

“It’s up to each state legislature to decide how they want to choose the state’s electors,” Nagle says. “It may be a situation in which the fact that we have an Electoral College, rather than direct voting for presidential candidates, may prove to be helpful.”

Both major parties do have rules for presidential ticket replacements, however, and Congress has the power to change the election date under Article II of the Constitution, which allows federal lawmakers to set dates for the selection of presidential electors and when those electors will vote.

But Congress would be up against a de facto December deadline, as the Constitution’s 20th Amendment requires that congressional terms expire Jan. 3 and presidential terms on Jan. 20. Though it’s conceivable to split legislative and presidential elections, they generally happen at the same time. And if

the entire general election were to be moved after Jan. 3, Congress effectively would have voted themselves out of office.

Yale Law School professor Akhil Reed Amar considers in a 1994 article in the Arkansas Law Review the possibility of a special presidential election being pushed to after Jan. 20, with the speaker of the House serving as acting president until an election could pick “a real president for the remainder of the term.” But he tells U.S. News that scenario probably is far-fetched.

Is it possible for the election to be delayed until after Jan. 20, leaving both the offices of president and vice president temporarily vacant? Perhaps, Amar says, but “it wouldn’t make sense if it were permissible, given there actually are answers. Why would you ever do that?”

Amar recommends an up to four-week postponement of Election Day if a candidate dies just before voting, or even if there’s a major terrorist attack.

The possible last-minute replacement of a candidate attracts some cyclical coverage, but this year the scenario would play out after consistent conjecture about the health of Democrat Hillary Clinton and possible hidden agenda of Republican Donald Trump.

Trump, 70, would be the oldest person elected president, but his health has received less coverage over the election cycle than apparently unfounded speculation he will drop out. Clinton, 69 in October, would be the second oldest president-elect, months younger than Ronald Reagan in 1980.

Although Clinton’s coughs and stumbling have earned speculative headlines on the news-driving Drudge Report, her doctor, Lisa Bardack, said she “is in excellent physical condition and fit to serve.” Trump physician Harold Bornstein, meanwhile, wrote he would be “the healthiest individual ever elected to the presidency.”

Old age doesn’t rule out a full presidency. Reagan served two terms before dying at 93 in 2004. Other recent officeholders have lived beyond the life expectancy for the general population. Gerald Ford died in 2006 at 93. George H.W. Bush, 92, and Jimmy Carter, 91, are still living.

If something were to happen to Clinton or Trump before the election, rules established by the Republican and Democratic parties do offer guidelines for what to do.

If Clinton were to fall off the ticket, Democratic National Committee members would gather to vote on a replacement. DNC members acted as superdelegates during this year’s primary and overwhelmingly backed Clinton over boat-rocking socialist Sen. Bernie Sanders of Vermont. 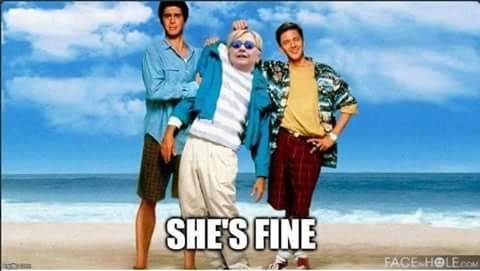 DNC spokesman Mark Paustenbach says there currently are 445 committee members – a number that changes over time and is guided by the group’s bylaws, which give membership to specific officeholders and party leaders and hold 200 spots for selection by states, along with an optional 75 slots DNC members can choose to fill.

But the party rules for replacing a presidential nominee merely specify that a majority of members must be present at a special meeting called by the committee chairman. The meeting would follow procedures set by the DNC Rules and Bylaws Committee and proxy voting would not be allowed.

DNC member Connie Johnson, a former Oklahoma state senator who supported Sanders, says it would be most appropriate for the DNC to give the nomination to the runner-up if Clinton were to die or drop out before the election.

“I believe that’s why Sen. Sanders stayed in the contest,” she writes in an email. “As to whether the party would adopt what would appear to be a common sense solution in the event of [Clinton] no longer being able to serve – that would remain to be seen. There was so much vitriol aimed at Sen. Sanders and his supporters by [Clinton supporters] that they would likely want ‘anybody but Bernie’ in order to save face and maintain control.”

The Republican National Committee’s rules potentially allow for greater democratic input, but don’t require it. If a vacancy emerges on the ticket, the 168-member RNC would decide whether to select a replacement on its own or “reconvene the national convention” that met over the summer with 2,472 voting delegates.

If RNC members make the choice themselves, the three members representing each state, territory and the nation’s capital – a committeeman, committeewoman and the local party chairman – would jointly have “the same number of votes as said state was entitled to cast at the national convention.”

RNC rules allow for state delegations to split their vote and for members to vote by proxy.

Richard Winger, editor of Ballot Access News and an expert on presidential election history, says state election officials likely would be compelled to accept a major party’s request to swap candidates, citing precedent set in 1972 when states allowed Democrats to replace vice presidential nominee Thomas Eagleton, who was revealed to be a shock therapy patient, with Sargent Shriver.

Still, if the central party organizations were to upset electors with an unpalatable pick, it’s possible many could bolt.

Edward Foley, a law professor at Ohio State University, says “the Supreme Court has never ruled that electors can be forced to obey their pledge” to vote for a particular presidential candidate, leaving open the door for mass defections or, in the event of a post-election candidate death, an en masse vote flip.

John Fortier, director of the Democracy Project at the Bipartisan Policy Center, says he’s not certain that Congress would reach consensus on moving an election date if a candidate died, meaning parties would need to formally – or informally – decide on a replacement. If the election date was moved by Congress, Fortier says ongoing absentee or early voting would make for a mess.

Though not legally required, Fortier says parties may decide on an easy fix and loudly encourage electors to support their existing vice presidential nominee. A party legally could pick someone else, but he says a desire for legitimacy in the eyes of the public may force its hand.

With more than two centuries of history, the U.S. does have some examples of candidate deaths, though none with a catastrophic impact.

In 1872, presidential candidate Horace Greeley died about three weeks after winning nearly 44 percent of the popular vote as a Liberal Republican supported by Democrats against incumbent Republican Ulysses S. Grant. Presidential electors chose between various alternatives, but because Greeley had lost, his death did not sway the election’s outcome.

In another case, Republican running mate James Sherman died six days before the 1912 general election. He wasn’t replaced on ballots and the matter was rendered moot by the GOP’s crushing defeat. 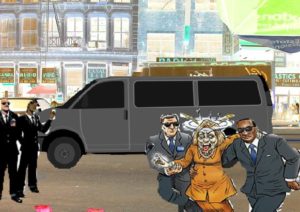 Amar, author of a forthcoming booktouching on candidate death, outlines four distinct scenarios that would warrant special consideration because of the wording of the 20th Amendment: a death before an election, a death after an election but before electors meet in December, a death between electors voting and Congress counting votes in January, and the time between Congress confirming the election results and the Jan. 20 inauguration.

The three post-election time frames identified by Amar are distinguished by whether the candidate technically is considered “president-elect.” That designation is covered by the 20th Amendment, which allows in case of a president-elect’s death that he or she be replaced by the vice president-elect. But in their narrowest sense, those amendment terms only cover part of January.

Though all considerations accounting for a candidate’s death are hypothetical, they could at some future point become less so.

“We should never forget 9/11 was a local election day in New York,” Amar says.

(Moscow) The terrorist attacks in the European Union are a consequence of inelaborate migration policy, and extraordinary solutions to preserve...