Sadiq Khan, London’s London mayor is preparing western countries to live with Muslims in a bold multicultural push right after multiple attacks in the United States from Muslim terrorist.

Khan was in New York and met with his counterpart in the Big Apple, far-left Mayor Bill de Blasio, and explained that urban dwellers should simply get used to jihadist rampages from Jihadist.

Well maybe in the Islamic world, in western countries they were virtually unheard of before Islamist started migrating to the west. Multiculturalism and mass migration is changing that.

Khan once hailed as a “progressive” Muslim that would inevitably challenge regressive Islamists, Khan changing his tone is now echoing an excuse shared by European leaders across the West. After a series of Islamic terror attacks in France, the French Prime Minister told his countrymen that France “will have to live with terrorism.” In other words, to these lunatic terrorism is the new normal and we should expect it.

Khan’s surrender to the scourge of jihad comes the same day as the publication of the London mayor’s co-authored New York Times editorial, in which he praises the virtues of immigration alongside Paris Mayor Anne Hidalgo and New York City Mayor de Blasio. He seess to cheer on migration of high risk migrants from terrorist countries, the leader rather than implement laws to keep westerners safe, they rather cheer on Multiculturalism and prepare us for many more terror attacks.

Khan said: “We call on world leaders to adopt a similar welcoming and collaborative spirit on behalf of the refugees all over the world…” write the three leftist big city leaders. “Our cities stand united in the call for inclusivity. It is part of who we are as citizens of diverse and thriving cities.”

So much for a Muslim mayor condemning the attacks. The leftist solution is to get use to it. Diversity is the death of nations and is being crammed down our throats so the one world government with one 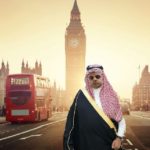 world currency and one world religion will not be relevant to the old nationalism.

This is what happens with political correctness and the ridiculous movement to embrace diversity at any cost. We’ve allowed social media and the whims of a small minority of people to bring this country to its knees in the fight against terrorism. Terrorism should never be a “normal” but coming from a Muslim I would expect that. The silent majority in this country has to stand up and take back control or we will go the way of Europe and be overrun by Muslim extremists.

On Tuesday, Sept. 13, the House Financial Services Committee passed the Financial CHOICE Act. Among other needed financial reforms, the...