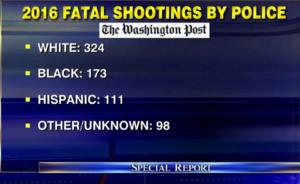 The ongoing riots in Charlotte over the police shooting of Keith Lamont Scott has some outraged observers wondering if “white lives matter.”

Influential finance blogger Zero Hedge, among others, have drawn attention to a video posted on social media that appears to show black Charlotte rioters “beating, dragging, stripping, and laughing at an innocent white man.”

Many were also outraged by witness reports that Charlotte rioters had tried to throw a photographer into a burning fire.

#WHITELIVESMATTER: Charlotte Gang Up on White Man with Hands Up, Drag and Pummel Him – Breitbart https://t.co/2wSLnqJT1G via @BreitbartNews

The left-wing Poverty Law Center has described “White Lives Matter” as a “racist” and “neo-Nazi” movement established in response to the Black Lives Matter movement.

With Multiculturalism and the growing hatred and racism toward white skinned people in both Europe and the USA, what future do they have in the world full of leftist bigotry and hatred?

How to Use Presidential Debate to Talk About Conservatism

With an estimated 100 million people tuning in to watch Monday night’s presidential debate, the topic of conversation for the...