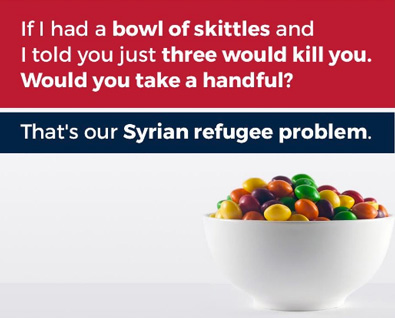 It’s not a bad analogy, given that 13% of Syrian refugees admit they
have a positive view of ISIS.  However, the root problem isn’t bad people,
but bad ideology.  Radicals recruit from the mainstream – so a larger
pool of Muslims in the U.S. means more dead Americans (in addition to
the irreversible social strain that accompanies a growing Muslim minority).

The point is that mass migration is an unnecessary risk .
Muslim migration to the U.S. resulted in the deaths of 63 people and injuries
to another 118 in just this past year.  What benefit outweighed that cost

The so-called "moderate" rebels turned off the water to 1.5 million civilians living in West Aleppo in retaliation for a...