Republican presidential nominee Donald Trump railed against former Secretary of State Hillary Clinton at a rally in Portsmouth, New Hampshire on Saturday, suggesting his opponent may have taken drugs prior to a debate. 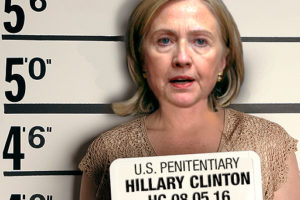 To remove any doubt regarding his reference, Trump later elaborated, comparing candidates to higher office to professional athletes.

“I don’t know what’s going on with her, but at the beginning of her last debate, she was all pumped up at the beginning, and at the end it was like, ‘Oh, take me down’ – she could barely reach her car.”

The former reality TV star then suggested that presidential candidates be required to undergo drug testing prior to debates.

“I think we should take a drug test,” Trump said, adding “I’m willing to do it.”

How Did Sports Become So Politicized?

Colin Kaepernick makes his first start of the season at quarterback Sunday when the San Francisco 49ers take on the...