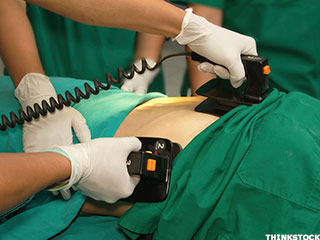 This year’s feverish health insurance premiums are unlikely to abate. For 2017, the premiums on Obamacare’s individual market are projected to increase by 25 percent on average.

Central planning is the disease.

It starts with the costly health insurance benefit mandates that the law requires of plans sold on the Obamacare exchanges. Those can only be sustained through a heavy dose of taxpayer subsidies for enrollees. For lower-income customers, the federal subsidies only mask the symptoms of the dramatic cost increases.

Meanwhile, the federal subsidy system is so poorly designed that in 2015 half of the lower-income people receiving subsidies end up owing the government money. At the same time, health insurance deductibles skyrocketed. Still, there is a mandate to buy the federally-approved insurance.

Yet, the  individual mandate tax penalty—riddled with exceptions—is less than the cost of the insurance itself, rendering it ineffective; and an ugly business to enforce. From the inception of the enrollment in 2014, it was estimated that about 90 percent of those remaining uninsured would not be forced to pay a penalty. The result is that the Obamacare exchanges have disproportionately enrolled those who are older, sicker, and poorer.

The Obamacare exchanges are not quite in cardiac arrest, but the vital signs show it heading there: less choice, less competition, higher premiums, and more substantial deductibles.

Why? Because millions of younger, healthier people don’t see a benefit in enrolling. This “adverse selection” ends in even higher costs for insurers. Unable to sustain the losses, more insurers withdraw, further reducing exchange competition and enrollee choice.

Beyond big deductibles to make their higher premiums more “affordable,” insurers have narrowed the networks of doctors and hospitals covered by their plans, making enrollees’ access to care progressively more difficult and resulting in consumers having fewer doctors and hospitals to choose from. A new McKinsey and Co. analysis of insurance plan filings for 18 states shows that 75 percent of the offering on the 2017 exchanges will be HMOs with narrow networks.

And, faced with bigger losses on the increasingly dysfunctional exchanges, insurers beg Congress for bailouts—all funded on the backs of federal taxpayers.

The administration is hoping that exchange enrollment will increase. The Obamacare exchanges are not quite in cardiac arrest, but  the vital signs show it heading there: less choice, less competition, higher premiums, and more substantial deductibles. Independent analysts, such as Standard and Poors, are projecting  a modest growth (possibly even a decline) in enrollment. The administration officials and their allies are pondering the same old quack remedies—a big IV drip of  taxpayer subsidies and even more coercive regulation.

In Case You Missed It:  Vaccines are now EXTERMINATING oblivious Democrats while illegal immigrants are PROTECTED from vaccines so they can replace dead Democrats
Posted in Freedoms and tagged Congress, Conservatism, Constitution, Foundry, Freedom, Governments, Obama, United Socialist States of America.

Trey Gowdy Shocks The Media Then Walks Off Like A Boss