In the latest Wikileaks Podesta documents John Podesta actually says it is OK for illegals to vote if they have a driver’s license.

Trump says the system is rigged.
Then we see this email the next day.

John Podesta: I think Teddy’s idea scratches the itch, is pretty safe and uncomplicated.
On the picture ID, the one thing I have thought of in that space is that if you show up on Election Day with a drivers license with a picture, attest that you are a citizen, you have a right to vote in Federal elections.

These people are criminals.

12 states and the District of Columbia allow driver’s licenses to illegal immigrants. 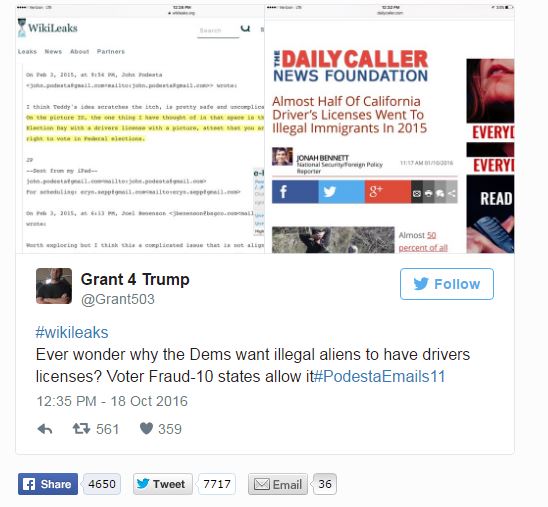 In Case You Missed It:  WHY YOU NO LONGER RECOGNIZE YOUR COUNTRY
Posted in Tyranny and tagged Clinton, Democrats, Election, Illegal Immigration.