The United Nations has cooked up a “New Urban Agenda” coming soon to a city near you. 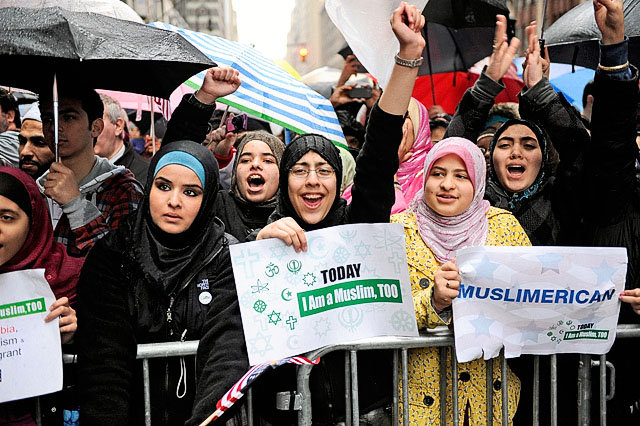 It was unveiled this week in Quito, Ecuador, at the so-called Habitat III conference.

And part of the plan, enthusiastically embraced by Hillary Clinton, calls for unlimited migration across open borders. Migrants displaced by war, failing economies or other hardships will be seen as having “rights” in nations other than their own. Cities are seen as the key battlegrounds and the U.N. conference in Quito had a lot to say about how your city will be expected to embrace migrants of all types, from all regions of the world.

By now most Americans who follow world events are familiar with the U.N’s plan for global governance as envisioned by its “2030 Agenda for Sustainable Development,” approved by some 190 world leaders including President Obama and Pope Francis in September 2015.

This agenda includes 17 goals aimed at ending hunger, wiping out poverty and stamping out global income inequality by “transforming our world” through sweeping changes ostensibly aimed at freeing cross-border “labor mobility,” among other things.

Hillary Clinton, anointed by Obama as his successor, said in a speech to Wall Street bankers she envisions the U.S. as part of a single “hemispheric common market with free trade and open borders,” according to WikiLeaks data dumps.

In another bombshell revealed by WikiLeaks, Mrs. Clinton told Goldman Sachs bankers that Americans who want to limit immigration are “fundamentally un-American.” She has also called for a 550-percent increase in the resettlement of Syrian refugees in America – that’s 550 percent more than Obama’s vastly increased level of more than 12,000 resettled in one year.

“She’s totally in line with the U.N. agenda, on board with everything they do,” says economist Patrick Wood, author of “Technocracy Rising: The Trojan Horse of Global Transformation.”

In this plan, she makes 37 pledges promising everything from removal of blight to construction of affordable housing in areas that are currently out of the price range of refugees, immigrants, the chronically unemployed and under-employed. She intends to build on the “successes” of her husband and the Obama administration in using public-private partnerships to transform cities. Obama’s contribution in this area included his Affirmatively Furthering Fair Housing rule, which forces grant-receiving cities to infuse their low-crime suburban areas, deemed “too white,” with subsidized housing marketed to low-income renters.

“She’s making a pre-announcement here that she’s going to follow the U.N. agenda,” Wood said. “She’s signaling to her fellow globalists that she’s 100 percent on board with their agenda.”

The problem that keeps globalists like Obama and Clinton up at night is how to implement the sweeping changes laid out in the U.N. 2030 Agenda last September at the global sustainability summit in New York.

That’s where Habitat III comes into play. It’s called the U.N. Conference on Housing and Sustainable Development or “Habitat III” for short. Its focus is on the world’s cities.

Habitat III was attended by a staggering 50,000 people including more than 200 mayors and another 140 city delegations.

The sole purpose of this conference is to approve a 24-page document called the New Urban Agenda.

“The only purpose of the conference is to rubber stamp this document and elevate it and lift it up to the world,” said Wood. “And right now it looks like they are. Everybody. All the nations.”

In this document lies the globalists’ plans for cities. All cities. Big, small, even tiny cities. Every American who lives in a city will at some point see the fruits of the plan the U.N. has in store for the world, says

Wood, an expert on global governance and the technocracy movement.

The Habitat conference convenes only once every 20 years but when it does, it leaves a trail of anti-capitalist, anti-liberty “global standards” in its wake, says Wood. These are the standards by which the U.N. wants each and every city in the world to be operated. They come packaged as “non-binding” and Congress never approves them.

Yet, somehow, the global standards coming out of the major U.N. conferences always seem to filter down to even the smallest American hamlet. How? Through federal grants. Any city that accepts federal grants will at some point be required to implement the practices that the U.N. has declared “sustainable.”

‘Inclusive’ by design, coercive by default

The buzzword in the New Urban Agenda is “inclusive” or “inclusivity.” This concept has a long history with global elites and technocrats.

The definition of “technocracy” as used by the original technocrats back 1938 was “the science of social engineering, the scientific operation of the entire social mechanism, to produce and distribute goods and services to the entire population.” That’s according to The Technocrat magazine.

“They use the word ‘entire’ twice in that definition so I’m really not surprised we see it showing up in these conferences today,” Wood said. “Their intent is to create a net that will catch 100 percent of the people.”

The word “inclusive” or “inclusivity” appear in the New Urban Agenda document no fewer than 36 times.

“There is no exclusion,” Wood says. “If you read the document, you’ll find for instance under item 6a, ‘transformative commitments,’ the statement starts out ‘leave no one behind.’”

“In fact just about everywhere you go now at the U.N. you’ll find this concept,” Wood said. “It’s a little disturbing.”

Wood says the U.N. is resurrecting an old concept that fizzled in the early days of the technocracy movement. Its time hadn’t arrived yet, back in the 1930s, but now things are different. The world is run by big data and the world is eager to embraced a set of globalized, one-world standards for everything, whether it be Common Core education standards, globalized police standards that Attorney General Loretta Lynch announced at the U.N. last fall in the form of the Strong Cities Network, or global standards for healthcare, ala Obamacare. You name it, the United Nations wants to standardize it.

The next big hurdle in the race to standardize the world is the issue of immigration.

Point 42 on page 7 of the New Urban Agenda talks about cities providing opportunities for dialogue, “paying particular attention to the potential contributions” of women and children, the elderly and disabled, “refugees and internally displaced persons and migrants, regardless of migration status, and without discrimination based on race, religion, ethnicity, or socio-economic status.”

Wood notes that, in America, that would mean exactly what John Podesta, Clinton’s campaign manager, has already said — that anyone with a driver’s license should be allowed to vote.

“This is the way I read it,” he said. “It doesn’t matter if they’re legal or illegal, wanted or unwanted, jihadists or non-jihadists, sick or healthy. If they show up in your country, they must participate in the affairs of that country immediately, whatever country they find themselves in.”

The preamble to the New Urban Agenda says cities are the “key to tackling global challenges.”

“So these people are viewing cities as the key ingredient right now to implementing sustainable development, and they say this battle for sustainability will be won or lost in the cities.”

And the U.N. document goes on to state that this agenda is “the first step for operationalizing sustainable development in an integrated and coordinated way at the global, national, subnational, and local levels.”

In essence, it’s a roadmap to global governance where American cities will no longer get their direction from elected officials representing them on the city council, or even the state legislature, but the United Nations itself. The local councils will likely not even know that the rules they are following in order to qualify for federal grants are tied to United Nations’ standards for sustainability.

Cities committing to ‘a paradigm shift’

The document talks about cities committing to “a paradigm shift” in the way they “plan, develop and manage urban development.”

“It’s top to bottom,” Wood said. “They’re saying it’s going to be a top-down implementation. But for all the gains that sustainable development have made since 1992, there’s been a complaint that it hasn’t gone fast enough or far enough, and that it’s not inclusive enough, that some pockets have been left out. So, what they’re saying here is that this New Urban Agenda document is really, in their minds, the first step for operationalizing it. First step to making sustainable development completely operational. That’s huge.”

Wallace Henley, a journalist and former aide in the Nixon White House who went on to become a Christian pastor and who has written extensively on globalism, said the U.N. is making a full-on assault 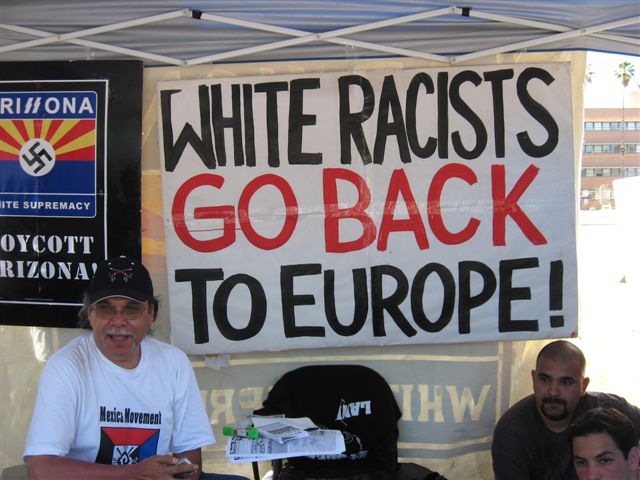 against the American system of government, which requires federalism, states’ rights and separation of powers.

“The U.N. is a glaring example of the inevitable course of bureaucracies. Like kudzu in Alabama, a tiny seed will inevitably spread until it controls the whole of a hillside,” Henley, author of “God and Churchhill,” told WND in an email.

And he, like Wood, sees Hillary Clinton in the thick of the battle, fighting on the side of the globalists, not America first.

“The leftist-progressive philosophy is the fertilizer. Agencies sprout and grow, and bring forth policy confabs like Habitat III. The conferences then produce white papers that ultimately become the source of policies,” he said. “It is a leftist-progressivist dream.”

“Sustainability” is a code word for regulatory authority, Henley said, and that is the suffocating vine that chokes out everything else.

“This meshes perfectly with the New Globalism and its dream of a world without borders. Anything can be done in the name of a ‘sustainable’ future, including the ‘humanitarian’ invasion of a sovereign state – but only if its leaders embrace the same left-progressive philosophy as the bureaucracies headquartered in New York. This makes a Hillary Clinton presidency even more foreboding,” he said.

And these “progressives” include many in the Republican Party who are now shilling for Clinton, such as House Speaker Paul Ryan and Arizona Sen. John McCain. Ryan, according to an article by Breitbart’s Julia Hahn, has been working hand in hand with the Clinton campaign for months.

“The true conservative seeks preservation of liberty-nurturing principles, and the sustenance of values that resist the control of the bureaucrats and guarantee freedom from a globalist hegemon in the form of the U.N.,” Henley said

Eric Voegelin’s 1975 book, “From Enlightenment to Revolution,” describes with amazing prescience the “line of progress” according to the revolutionaries who drive what Henley calls the New Globalism, from the local to the global, from the individual to the mass of humanity, from nation-states to a concentrated global power.

“This is the big picture of which Habitat III and its New Urban Agenda is a part.”

Voters to Decide Legality of Physician-Assisted Suicide in Colorado