Attorney David Friedman, Donald Trump’s senior adviser on US-Israel relations and a longtime Arutz Sheva contributor, told Israel’s Channel 2 television Tuesday that the danger to Jews and Israel in the United States comes from the left, not the right. 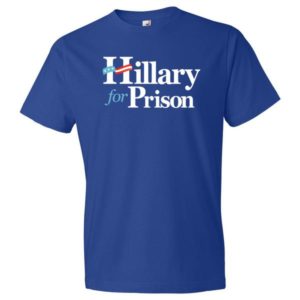 Channel 2 anchor Yonit Levy asked Friedman about an Anti-Defamation League (ADL) report regarding a reported surge in anti-Semitic abuse against Jewish reporters, and wanted to know if there was anti-Semitic sentiment among Trump supporters.

“I can’t speak about a particular group of victims – about journalists in particular,” he went on. “I think that the danger as I said is on the left, and I think the ADL – given that who now is in charge of the ADL is a former J Street advocate – has lost frankly all credibility.”

Levy quoted Trump campaign manager Kellyanne Conway, who recently said that Trump is “behind” in the polls. Friedman replied:

As for Trump’s refusal to commit to accept election results, Friedman said that the statement was “blown out of proportions in every way.”

“I think everything he does is magnified by the media in a highly prejudicial way,” he explained. “I think that the media initially found him very appealing and I think the media for whatever reasons has decided that it’s now time to put that genie back in the bottle.”

Regarding the tape of lewd comments made by Trump 11 years ago, Friedman said: “The tape is horribly embarrassing and I think he’s apologized for it. The rest of the stuff? Eleven women coming out in the last two weeks speaking out about events that occurred 20-30 years ago, with respect to someone who was a billionaire back then… There was plenty of upside back then to try to extort money from Donald Trump. I think most of those cases have been disproven.”

Levy wanted to know if he was shocked by the tape.

“I was,” he said, “in large part because it didn’t reflect the person whom I knew. When you look at a candidate, obviously you want to look at their character. To me, one of the most important ways that you evaluate someone’s character is how they treat their subordinates. I can tell you, we have an office where we employ 700 people. We don’t like to fire people but if there’s one ground for firing it’s abusive treatment of subordinates.

“The Trump organization doesn’t have any of that,” he added. “He’s got incredibly high morale among his employees, which is really, I think, the core competency required to build a team.

“Look at Hillary Clinton,” Friedman elaborated. “From what I understand, from what’s come out, people who work for her really hate her. I don’t want to say that she’s a nasty woman because that’s a very un-politically correct statement, but she’s a nasty person. She’s treated her subordinates very poorly. I think that is probably the worst indicator of someone’s ability to build a team with high morale.”

How a Cyberattack Took Down Twitter, Netflix, and The New York Times

Dyn, a New Hampshire-based computer firm whose specialty is in providing the means to access websites through its servers, was...