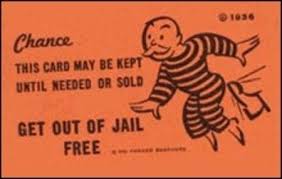 Constitution in Article II, Section 2. This section specifically reads that the POTUS “shall have power to grant reprieves and pardons for offenses against the United States, except in cases of impeachment.” Essentially, the only way presidential pardon is restricted by the constitution is under the circumstance of the sitting president being impeached. Self-pardon is not restricted by law, and under interpretation by the Supreme Court, a president could have the right to pardon himself not only for crimes he has committed, but also for crimes with which he has not yet been charged. As of yet, no president has actually pardoned himself for committing crimes or from actions that might later be considered crimes.

Failure to impeach a president who has been perceived of as having committed crimes, but has not been charged with such crimes means that the US would have no jurisdiction to convict the president of crimes if he exercised the right to pardon himself. However, in circumstances where international laws are broken, a presidential pardon has no bearing. The only possible solution for convicting a president of for example, war crimes, would be for an incoming president to extradite the former president to the country in which war crimes have been believed to be committed. The fact that a particular POTUS would have pardoned himself would not be given much weight in prosecution by the World Court, or by the court of another country.

There have been suggestions in the past that a specific POTUS would exercise the right to pardon himself. No president has done so at present, even though some presidents were convicted of crimes and could have exercised the right. When President Ford took office he pardoned President Nixon, not exactly a popular move. Since Nixon was not impeached but instead resigned, one of his last acts could have been a self-pardon. Similarly, President Clinton could have pardoned himself for perjury but chose not to do so. If a president commits or is charged with a crime while in office, the succeeding president often grants pardon, though this may not always be a popular decision.

Typically, a president could pardon himself, and according to most interpretations, could pardon himself prior to being charged with a crime. This has led to the argument that the right to pardon should be abridged or rewritten, to prevent a president from acting in this fashion, and thus avoiding prosecution for crimes when he or she leaves office. Others argue that the circumstances under which a pardon would be abused in this manner are so rare it is not worth changing the law, and that presidents given the opportunity to pardon themselves in the past have not done so.

The 2016 Presidential day is almost here, and the FBI announced they reopened their investigation into Hillary Clinton‘s private email system...