FBI director James Comey said in a letter Sunday that no charges would be made in the second Hillary email investigation, which focused on classified materials in emails found in the Anthony Weiner underage sexting investigation. The FBI focused on Weiner and his wife Huma Abedin despite the fact that it had authority to expand the investigation into Hillary’s other backup email records, some of which are in the possession of the FBI.

RNC chairman Reince Priebus is making it known that the FBI’s public corruption investigation of the Clinton Foundation is ongoing.

The FBI’s findings from its criminal investigation of Hillary Clinton’s secret email server were a damning and unprecedented indictment of her judgment. The FBI found evidence Clinton broke the law, that she placed highly classified national security information at risk and repeatedly lied to the American people about her reckless conduct,” Priebus said in a statement provided to Breitbart News.

“None of this changes the fact that the FBI continues to investigate the Clinton Foundation for corruption involving her tenure as secretary of state. Hillary Clinton should never be president,” Priebus stated. 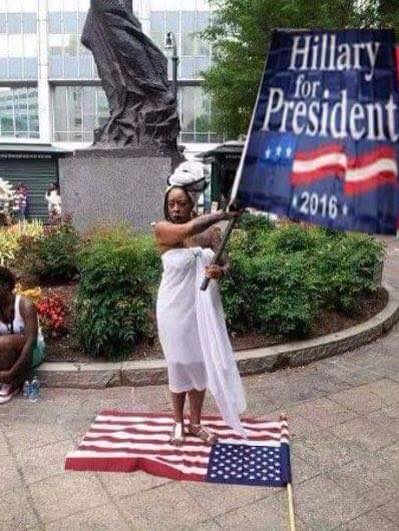 If there was ever a picture worth a thousand words, this is it!

In Case You Missed It:  BIDEN ECONOMY: Big Banks and Big Tech Companies Begin Not Hiring and Laying People Off
Posted in Tyranny and tagged Clinton, Crime, FBI.

California Voters to Decide Whether Schools May Teach Students in Spanish

Voters in California will weigh in Tuesday on a decades-old debate about bilingual education in the state’s public school system....