Either the mullahs stashed the iridium-192 for their own nefarious reasons, or someone really stole enough radioactive material from the Bushehr nuclear facility to make a dirty bomb. 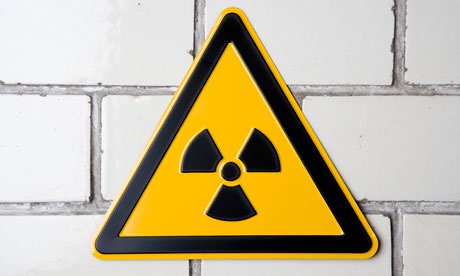 The International Atomic Energy Agency defines had warned members of the Gulf Cooperation Council, on Nov.18, with respect to the present hazard, after being given notice by the Atomic Energy Organization of Iran (AEOI) on the missing iridium-192, sources told Asharq Al-Awsat.

The iridium-192 was stolen during transportation. The car was later found but without the radioactive substance.

Iridium-192 is an unstable isotope and emits both electrons and gamma-rays (highly energetic packets of light) which later decay into osmium isotopes and platinum isotopes, which are more stable and less perilous.

The IAEA defines iridium-192 as a category-2 radioactive substance—meaning that the substance can permanently injure a person who handles the radioactive material for minutes to hours, and it can kill people in close proximity within hours to days, according to the agency.

Local police have informed Iranian hospitals in the vicinity of future risks if the iridium was removed from its safety sealing device. The radioactive substance remains nontoxic from within its containment device, sources said.

Iridium-192 does not occur naturally. Instead, scientists must put iridium-191 in a nuclear reactor and bombard it with neutrons. The iridium-191 then takes up an extra neutron to become iridium-192, which is later regulated used for industrial reasons, despite its hazardous nature to humans.

‘Those jobs of the past are just not going to come back’ - Barack Obama In June, President Obama participated...