The West Should Liberate Lebanon From The Cancer of Hezbollah 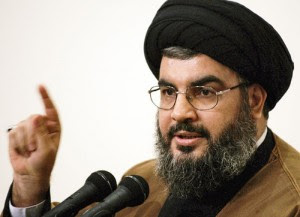 The West and Nato should liberate Lebanon from the evil clutches of terrorist group Hezbollah and their fanatical Muslim leader Sheik Hassan Nasrallah who have set up shop in their land, and enslaved their Government and citizens under their cruel autocratic dictatorship.The devious Nasrallah has been hiding in a secret underground bunker for years fearful of assassination by the Israeli Defense Force, while meantime secretly building up a fearsome arsenal of long range missiles, rockets, mortars, caches anti tank projectiles from which to terrorize Northern Israel’s cities and towns, and they have also seeded the Southern Lebanese border with the Jewish State with a formidable defensive line of anti tank mines.

Nato should impose a No Fly Zone over the whole of Lebanon, and start supplying the Lebanese Christian Militia Resistance with arms and weaponry from which to strike back at Nasrallah and Hezbollah, and set up bridgeheads in Beirut, Tripoli, Tyre and Sidon and other Lebanese cities and towns, while meantime Turkey and other Nato Allies could create buffer zones inside Lebanon to protect the Lebanese Christian Militias forces, while meantime Israel could complete the pincer attack from the South on Hezbollah via the the Litani River. 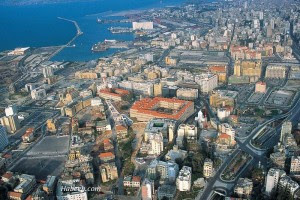 The West should support Lebanese President Ex General Michel Suleiman in every way possible, who rejects the Three Pillars of Hezbollah. “ discourse:

* Hezbollah insists that it maintains an unofficial army to “resist Israeli aggression.”

Suleiman said: “Defending the nation and ensuring its sovereignty with the force of arms is the exclusive prerogative of the national army.”

* Hezbollah also claims to be part of a “Resistance Front,” along with the Islamic Republic in Tehran and the Assad regime in Damascus.

This, it says, means waging “relentless war” against the United States and Israel until “the Islamic Revolution” triumphs worldwide.

Suleiman, by contrast, pointedly asserted that no one had the right to involve Lebanon in conflicts that have nothing to do with it.
“We will not be dragged into problems created by others,” he said.

* Hezbollah has turned southern Beirut, parts of the Bekaa Valley and parts of south Lebanon into no-go areas for the Lebanese national army and police.

In tones that would have been unimaginable even a month ago, Suleiman said the national army would assert its presence throughout the national territory:

Suleiman also raised the issue of disarming Hezbollah, a goal already enshrined in documents of national accord as well as three UN Security Council resolutions.

“We reject the chaotic spread of arms and are opposed to the use of weapons outside the national framework,” he said.

The Lebanese leader referred to the Arab Spring as a “historic quest for freedom, pluralism and justice.” Without naming Assad, he said the Syrian despotism was doomed because it had failed to respond to “aspirations for freedom and pluralist government.”

The time has come for the West to rid Lebanon of the cancer of Sheik Hassan Nasrallah and Hezbollah extreme Islamic terrorist grip, and liberate the Lebanese population from despotic rule and terror, and help create the fertile grounds for a comprehensive Middle East Peace Deal, which will peace, prosperity and security to this long troubled region.

In Case You Missed It:  Cancer expert says U.K. seeing spike in "non-covid deaths," nobody willing to call out vaccine elephant in the room
Posted in Freedoms, Terrorism, Tyranny.

Vice President-elect Mike Pence asserted Tuesday night that the Trump administration will have an aggressive first 100 days in office...