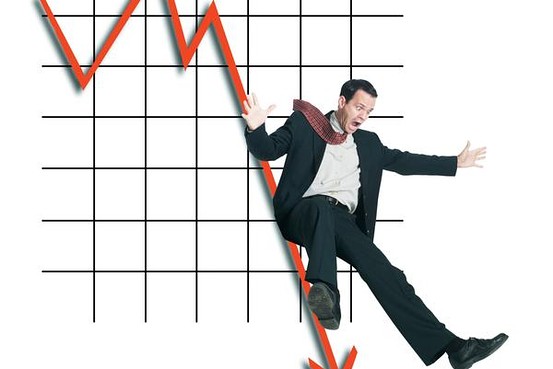 Will the financial bubble that has been rapidly growing ever since Donald Trump won the election suddenly be popped once he takes office?  Could it be possible that we are being set up for a horrible financial crash that he will ultimately be blamed for?  Yesterday, I shared my thoughts on the incredible euphoria that we have seen since Donald Trump’s surprise victory on November 8th.  The U.S. dollar has been surging, companies are announcing that they are bringing jobs back to the U.S., and we are witnessing perhaps the greatest post-election stock market rally in Wall Street history.  In fact, the Dow, the Nasdaq and the S&P 500 all set new all-time record highs again on Thursday.  What we are seeing is absolutely unprecedented, and many believe that the good times will continue to roll as we head into 2017.

What has been most surprising to me is how well the stocks of the big Wall Street banks have been doing.  It is no secret that those banks poured a tremendous amount of money into Hillary Clinton’s campaign, and Donald Trump had some tough things to say about them leading up to election day.

So you wouldn’t think that it would be particularly good news for those banks that Trump won the election.  However, we seem to be living in “Bizarro World” at the moment, and in so many ways things are happening exactly the opposite of what we would expect.  Since Trump’s victory, all of the big banking stocks have been skyrocketing…

Financial stocks in particular have been on fire. Citigroup (C) and JPMorgan Chase (JPM) are up about 20% since Donald Trump defeated Hillary Clinton — and that makes them laggards!

Morgan Stanley (MS) has gained more than 25%. So has troubled Wells Fargo (WFC), despite the lingering fallout from its fake account scandal. Bank of America (BAC) is up more than 30%.

And so is Goldman Sachs (GS) — the former employer of both Treasury Secretary nominee Steven Mnuchin and Trump chief strategist Steve Bannon.

But are these stock prices justified by the fundamentals?

Of course not, but during times of euphoria the fundamentals never seem to matter much.  Stocks were incredibly overvalued before the election, and now they are ridiculously overvalued.

Earlier today, a CNBC article pointed out that the cyclically-adjusted price to earnings ratio has only been higher than it is today at three points in our history…

“The cyclically adjusted P/E (CAPE), a valuation measure created by economist Robert Shiller now stands over 27 and has been exceeded only in the 1929 mania, the 2000 tech mania and the 2007 housing and stock bubble,” Alan Newman wrote in his Stock Market Crosscurrents letter at the end of November.

Newman said even if the market’s earnings increase by 10 percent under Trump’s policies “we’re still dealing with the same picture, overvaluation on a very grand scale.”

And of course a historic stock market crash immediately followed each of those three bubbles.

There are some out there that believe that this is purposely being orchestrated.  For example, Mike Adams of Natural News believes that the markets “will be deliberately and destructively imploded under President Trump”…

Right now, the U.S. stock market is surging, with the Dow leaping toward 20,000, a number rooted in fiscal insanity and delusional expectations. There are no fundamentals that support a 20,000 Dow, but fundamentals have long since ceased to matter in a financial world hyperventilating on debt fumes while hallucinating about utopian economic models that will soon prove to generate fools instead of real wealth.

Today I’m going on the record with a prediction that I’ll offer with near absolute certainty: The rigged markets that now seem to defy gravity will be deliberately and destructively imploded under President Trump for all the obvious reasons. There will be financial chaos like we’ve never seen before: Investors leaping off tall buildings, banks declaring extended “holidays” that freeze transactions, and California pensioners slitting their wrists after they discover their promised pension funds were just vaporized by incompetent bureaucrats.

On the other hand, there are others that believe that Trump is just walking into a very bad situation and that a crash would be inevitable no matter who was president.

History tells us that there is no possible way that stock prices can stay at this irrational level indefinitely.  But for now a wave of optimism is sweeping the nation, and many of those that are caught up in it will get seriously angry with you if you try to inject a dose of reality into the conversation.

But like I said yesterday, let’s hope that the optimists are correct.  A survey that was just taken of 600 business executives found that 62 percent of them were optimistic about the U.S. economy over the next 12 months.

Incredibly, that number was sitting at just 38 percent the previous quarter.

For the moment, business leaders seem to be quite thrilled that we have a business executive in the White House.

Hopefully Donald Trump’s business experience will translate well to his new position.  And it is certainly my hope that he is as successful as possible.

But even during the campaign Trump talked about how stocks were in a giant bubble, and the euphoria that we have seen since his election victory has just made that bubble even larger.

Throughout U.S. history, every giant financial bubble has always ended very badly, and this time around will not be any exception.

Trump may get the blame for it when it bursts, but the truth is that the conditions for the coming crisis have been building for a very, very long time.

Senate Democrats, digging in their heels Friday over health benefits for retired coal miners, threatened to shut down the government...