Final vote tallies from the November 8 election show that Democrat Hillary Clinton out-polled President-elect Donald Trump by 2.8 million votes while losing the contest by a wide margin in the all-important Electoral College. 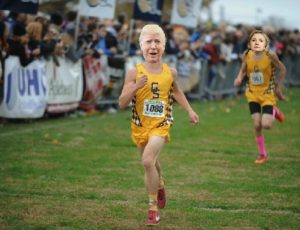 Her upper hand with voters, however, came down to performances in New York and California that were far stronger than necessary.

Clinton won California by 4.2 million and took New York by more than 1.6 million. The combined 5.8 million-vote advantage in just those two states was more than twice the size of her overall edge nationwide.

When the dust settled, she lost the rest of the country by 3 million votes.

There are 62 counties in New York State, Trump won 46 of them, Clinton won 16. Clinton won the popular vote by approx. 1.5 million votes. In the 5 counties that encompass NYC, (Bronx, Brooklyn, Manhattan, Richmond & Queens) Clinton received well over 2 million more votes than Trump. (Clinton only won 4 of these counties; Trump won Richmond) Therefore these 5 counties alone, more than accounted for Clinton winning the popular vote of the entire country.

These 5 counties comprise 319 square miles. The United States is comprised of 3, 797,000 square miles. When you have a country that encompasses almost 4 million square miles of territory, it would be ludicrous to even suggest that the vote of those who inhabit a mere 319 square miles should dictate the outcome of a national election. Large, densely populated Democrat cities (NYC, Chicago, LA, etc) don’t and shouldn’t speak for the rest of our country.

Trump ended Election Night controlling 306 votes in the Electoral College, a number that slipped to 304 when presidential electors cast their ballots on Monday. Clinton had 232, but lost five turncoats for a total of 227.

Clinton would still have won California’s 55 electoral votes if her margin there had been far smaller. The same is true of New York’s 29 electoral votes.

‘This is football season. A team can have more yards and lose the game. What matters is how many points you put on the board. The Electoral College is the points,’ he said on ‘Fox & Friends.’

‘Trump actually carried – in the 49 states outside of California, he had a 1.2 million vote majority. He got killed in California because he never campaigned there,’ Gingrich said.

He said some Democrats are ‘not going to get used to the idea’ of a President Trump ‘because he is, from their standpoint, horrifying. … They live in a delusional world. That’s why they lost the election: They decided to stay with the delusion.’

5 Ways the Feds Might Trip Up Santa Claus This Year

While most people know Jolly Old Saint Nick as a friendly figure, he too is not immune from the perils...