2016 will surely be remembered as the zany year in which the policies and eccentricities of anti-American liberal elitists were thoroughly disemboweled by an electorate finally brought to its collective senses, despite the duplicitous propaganda and anti-Conservative bias of a large and dominant mainstream media dedicated to the “fundamental transformation” of America from the most powerful and prosperous nation in the world to a third- world loser state where the interests of criminal illegal aliens and other social misfits were elevated above the legitimate needs and interests of law-abiding, productive and patriotic American citizens.

2016 saw the revolution of the forgotten American men and women who go to work every day, pay their bills on time, obey the rule of law, and live their lives with respect for their fellow citizens and their property.

Forgotten citizens who stood by helplessly as a naive, egocentric and belligerent supporter of Islamic terror failed to accept the fact that Islamic terror is deadly cancer that threatens not only America but all of the civilized society on the planet.

The primary driver behind this populist revolution was Donald J. Trump, political novice but super-savvy media communicator who recognized that the American people were “Fed Up” with the nonsense spewed by Barack Obama, Nancy Pelosi, and Harry Reid, and equally disenchanted with RINO Republicans Jeb Bush, Paul Ryan and other left-leaning weasels who had feigned outrage with leftist ideas but, who, after acquiring elective office, forgot campaign promises and instead blended into the corrupt, insane gaggle of thugs in the US Congress and Obama administration.

Thus, the outrage sparked by Barack Obama’s dysfunctional tyranny, in conjunction with the gutless surrender of RINO Republicans, became fertile grounds for the seeds of political revolution planted by Donald Trump.

The fruits of the forgotten American revolution are plentiful: Republicans gained control of the White House and Congress; President-elect Trump vowed to make massive changes to the tax code, policies pertaining to illegal immigration, and other common-sense, intelligent policies concerning the influx of unvetted Muslims into America’s heartland.

Trump’s landslide victory, and the corresponding demise of the Obama travesty, the Clinton Crime syndicate, and the overall scalding of Progressive ideology and of the miscreants who advanced such nonsense, is worthy of profound celebration and hope for the future!

Above all else, Donald Trump has restored the notion that the American president has a responsibility to defend and advocate on behalf of America and Americans! To hell with the oppressed Mexican peasant who suffers and endures poverty because of the corrupt, socialist Mexican government!

The solution is for Mexicans to demand an end to the corruption and socialist government and install decent, credible leaders to public office!

It certainly is not acceptable for Mexico to deal with its inability to care for its citizens by shoving oppressed Mexican peasants North for American taxpayers to deal with!

The miracle of Pennsylvania Avenue is, that come January 20, America, will be blessed with a president who understands the need for our leader to be an “AMERICA FIRST!” servant of the American people! 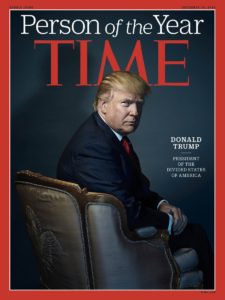 In Case You Missed It:  MUST SEE: Italians Light Up The Sky With EPIC Storm of Fireworks In Defiance of Mayor’s Ban – Happy New Year, Worldwide Resistance
Posted in Freedoms, Tyranny.

The Obama Legacy: Those golden years

By Joe David There is talk that President Barack Hussein Obama is concerned about his political legacy once he is...