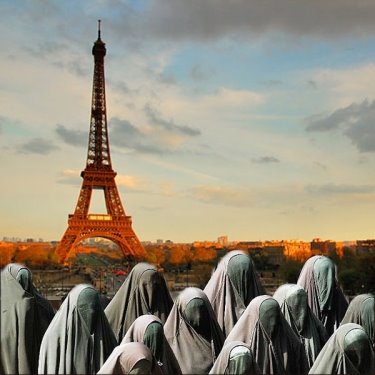 Very sad days for France as its once Romantic city of Paris is quickly turning into something out of the third world. Besides multiple terrorists attacks by Muslims, the city is flooded with migrants and the crime that follows.

This are so bad in Paris tourists from China are avoiding France altogether.   Surging violence and crime, a Chinese tourism expert has said that is keeping them away, reporting that customers are turning to Russia as a safer destination.

President of the Chinese Association of Travel Agencies in France, Jean-François Zhou, said “increasingly violent” thefts and assaults are turning France into “one of the worst destinations for foreign tourists”. It has become a nightmare of a city.

Mr. Zhou, a representative for major Chinese travel agency Utour in France, reported a steep decline in visitor numbers from Asia, and said many tourists are now looking to Russia as a less dangerous holiday destination.

“In 2016, there were 1.6 million Chinese tourists compared to 2.2 million in 2015. The  number of Japanese tourists dropped 39 per cent, and Koreans 27 per cent. Our tourists have turned to Russia, which is less attractive but at least it is a safe country. For Putin, it is an economic windfall”, he told Le Parisien.

Rising violence and aggression account for the drop, according to Mr. Zhou, who said: “For a number of Chinese tourists, the dream of visiting France and Paris has turned into a nightmare.

“[Chinese tourists] are robbed in the palace of Versailles, at the foot of the Eiffel Tower, in front of their hotel, as they leave the coaches … In high season, not a day goes by without tourists being assaulted.”

Violent incidents in France have “sparked panic” on social media in Chinese, Mr. Zhou said, recalling one in which an 80-year-old man was seriously injured as he tried to resist thieves, and he reported how female tourists have been pushed to the ground while criminals steal bags containing all their papers. 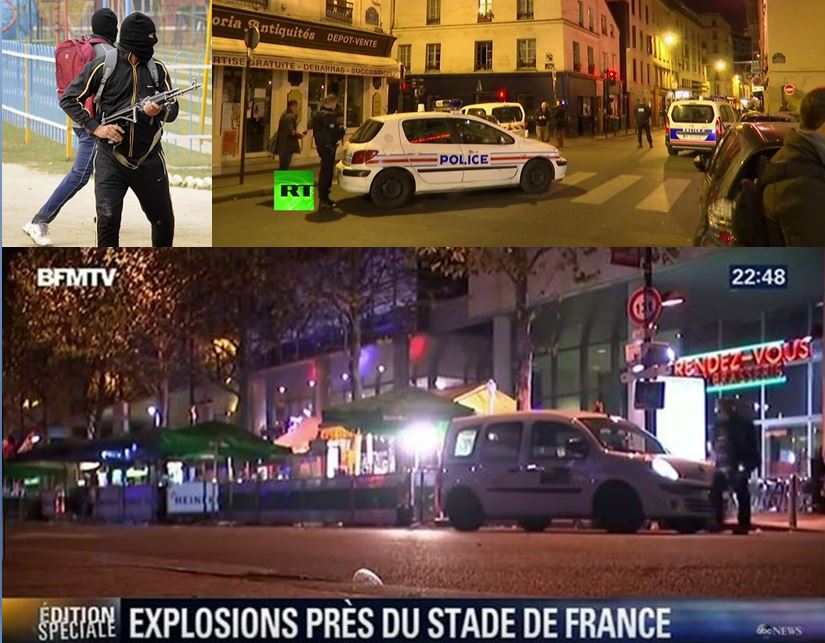 Having lived in France for 25 years, Mr. Zhou said he has borne witness to the country’s deteriorating security situation over the decades, which has resulted in Paris ranking “number one in Europe in terms of the upsurge in delinquency”.

While so far there are no organised campaigns calling on Chinese tourists to avoid visiting France, the experienced travel agent said that a boycott “has already begun”, with “several Asian operators preferring to divert Asian tourists to Italy, Spain, and Russia”.

Paris’s regional tourism office last year reported a slump in visitor numbers to the city, and attributed some of the decline to terror fears, as more than 200 people have been killed in Islamic terror in France since 2015.

Very sad situation in Europe, but it’s obviously what the French must want. They keep voting in politicians that created this situation and along with the German madwoman intend to keep making it worse. More primitive migrants are expected to come this spring, along with that is more terrorism and crime.

We may never understand how the French people can stand by and watch their cities basically becoming Muslim African shanty towns of barbarians. Then claims that “Trump is a Racist” because he wants to stop illegal immigration in the USA.

At the current migration rate from the barbaric Muslim world, soon, morning prayers will Blast from the top of the Eiffel Tower as the whole city prays five times a day to the Allah God of Mecca, French Berets to be replaced with suicide belts as the new fashion.

The streets of Paris are now littered with rubbish and faeces. Often people can hear blood-curdling screams coming from the makeshifts camp in the middle of the night from women or little girl’s being gang-raped by Muslim migrants.

The globalists’ paradise continues to unfold before our very eyes.

They want to dissolve the borders and flood the continent with barbarians, and somehow they think it’s going to make them rich and powerful in the end? This is yet another clue to the eventual outcome of their brainless plan.

CNN slammed for encouraging violence toward Trump in a bizarre report

Paul Joseph Watson CNN has been criticized for airing a report which revealed that an Obama appointee would become president...