With a couple strokes of his pen, President Trump wiped out almost all of President Obama’s immigration policies Wednesday, laying the groundwork for his own border wall, unleashing immigration agents to enforce the law and punishing sanctuary cities who try to thwart his deportation surge. 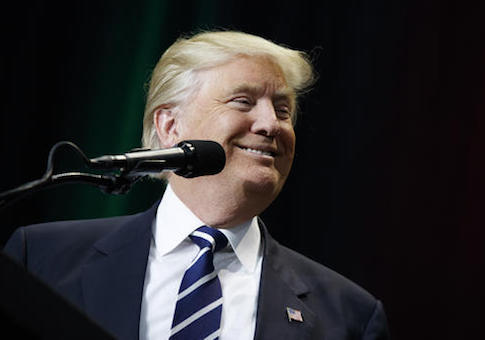 Left untouched, for now, is the 2012 deportation amnesty for so-called Dreamers.

But most of the other policies, including Mr. Obama’s “priorities” protecting almost all illegal immigrants from deportation, are gone. In their place are a series of directives that would free agents to enforce stiff laws well beyond the border, that would encourage Mexico to try to control the flow of people coming through the southwestern border, and would push back on loopholes illegal immigrants have learned to exploit to gain a foothold in the U.S.

“From here on out I’m asking all of you to enforce the laws of the Untied States of America — they will be enforced, and enforced strongly,” Mr. Trump said as he visited the Homeland Security Department’s headquarters. “We do not need new laws. We will work within the existing system and framework.”

He also called for tripling the number of Immigration and Customs Enforcement agents — his promised “deportation force” — to go after illegal immigrants in the interior.

Mr. Trump doesn’t break new legal ground, but instead pushes immigration agents to flex the tools Congress has already given them over the years to enforce existing laws. The goal, both sides of the debate said, is to push the U.S.