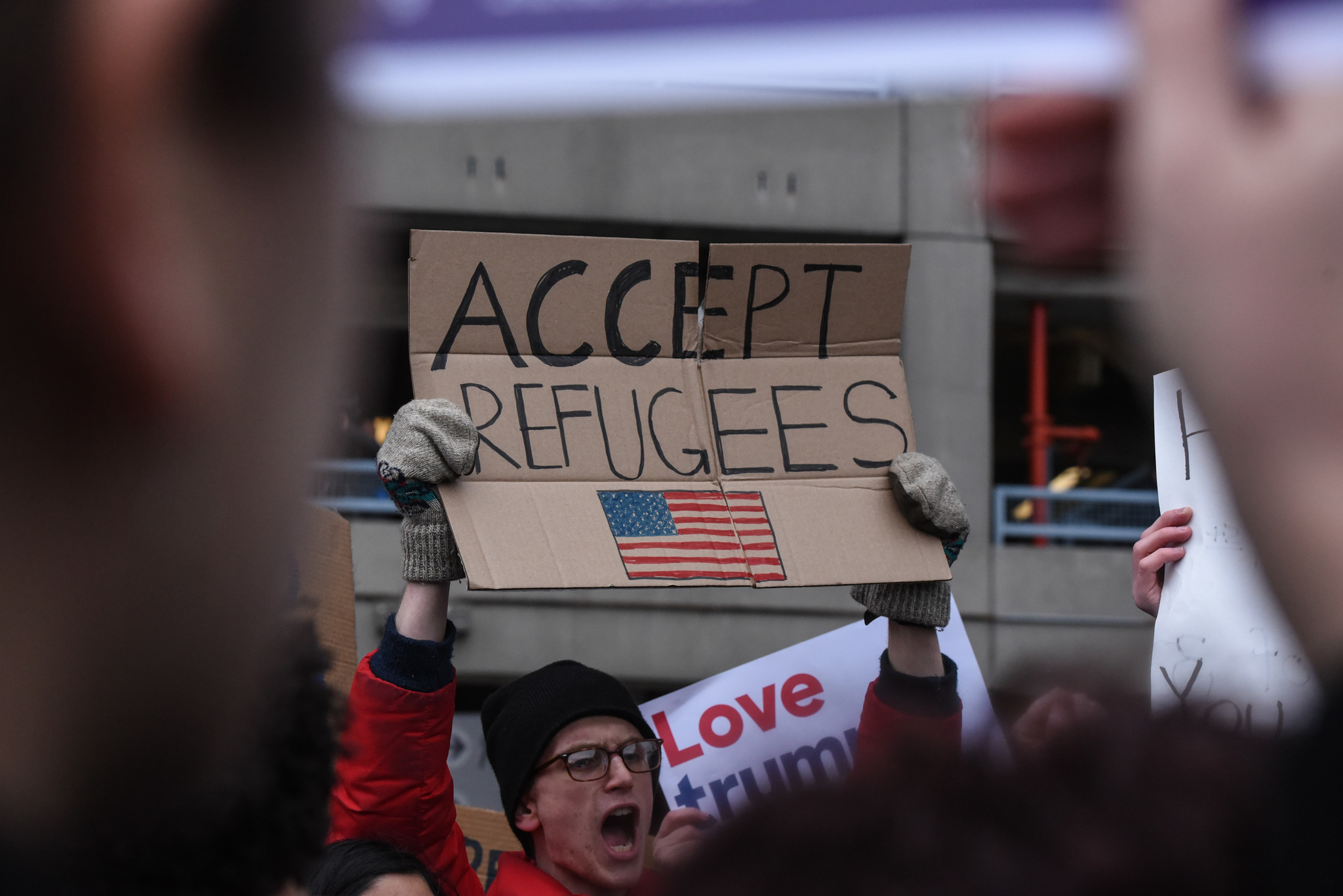 Liberals started a campaign on social media today to highlight the Soros funded protests at airports in major cities across America designed to prove that Trump is really a racist after all. Because placing a temporary 4-month ban on countries that are hotbeds for terror is “racist” right? Wrong! Where were these clowns when Obama did the same exact thing but only for 6 months instead of only 4 months?

Liberals in America apparently have a short memory. Thankfully, Donald Trump Jr. was able to remind us of the 6 month ban of refugees coming to the US from Iraq imposed by the then President Barack Obama and his Secretary of State Hillary Clinton:

Obama banned all Iraqi refugees for six months in 2011. Even those who aided our military. Media said nothing. #MAGA #MuslimBan pic.twitter.com/rtaYPornLx

Barack Obama and his liberal comrades like to call out then President-Elect Trump’s plan to put a moratorium on refugees coming into America from terror-hotbeds until we have a better way to vet them.

Only 10 days after Trump was elected, the same President who placed a ban on all Iraqi refugees for 6 months in 2011, criticized Trump’s plan to place a hold on refugees during public appearances and on social media, like with this tweet:

Slamming the door in the face of refugees would betray our deepest values. That's not who we are. And it's not what we're going to do.

In 2009, after two terrorists were discovered in Bowling Green, Kentucky, the FBI began reviewing reams of evidence taken from improvised explosive devices (IEDs) that had been used against American troops in Iraq. Federal investigators then tried to match fingerprints from those bombs to the fingerprints of individuals who had recently entered the United States as refugees:

An intelligence tip initially led the FBI to Waad Ramadan Alwan, 32, in 2009. The Iraqi had claimed to be a refugee who faced persecution back home — a story that shattered when the FBI found his fingerprints on a cordless phone base that U.S. soldiers dug up in a gravel pile south of Bayji, Iraq on Sept. 1, 2005. The phone base had been wired to unexploded bombs buried in a nearby road.
An ABC News investigation of the flawed U.S. refugee screening system, which was overhauled two years ago, showed that Alwan was mistakenly allowed into the U.S. and resettled in the leafy southern town of Bowling Green, Kentucky, a city of 60,000 which is home to Western Kentucky University and near the Army’s Fort Knox and Fort Campbell. Alwan and another Iraqi refugee, Mohanad Shareef Hammadi, 26, were resettled in Bowling Green even though both had been detained during the war by Iraqi authorities, according to federal prosecutors.
The terrorists were not taken into custody until 2011. Shortly thereafter, the U.S. State Department stopped processing refugee requests from Iraqis for six months in order to review and revamp security screening procedures:

As a result of the Kentucky case, the State Department stopped processing Iraq refugees for six months in 2011, federal officials told ABC News – even for many who had heroically helped U.S. forces as interpreters and intelligence assets. One Iraqi who had aided American troops was assassinated before his refugee application could be processed, because of the immigration delays, two U.S. officials said. In 2011, fewer than 10,000 Iraqis were resettled as refugees in the U.S., half the number from the year before, State Department statistics show. –The Federalist

And our final thoughts on this ridiculous onslaught of Soros funded chaos can be summed up in this one tweet by Scott Presler VA…A big fat, ‘Thank y

It's fortunate democrats don't realize that the more they protest, the more Republicans they create. #JFKairport #Dulles

Some Republican lawmakers are beginning to have doubts about the GOP’s plans to repeal and replace Obamacare, they revealed in...